Timeball is a puzzle game for the TurboGrafx-16 that is a mix between sliding block puzzles and Pipe Dream. It is known as Blodia or Diablo in Japan.

Timeball (Blodia in Japan) is a TurboGrafx-16 exclusive puzzle game developed by Hudson. It was published by Hudson in Japan and Turbo Technologies in the US. The game was licensed to Hudson by Broderbund Japan, which published an MSX version of the game called Diablo in 1989.

The general game play of Timeball revolves around moving tiles. Many of these tiles have pieces of pipe on them. The goal of the game is to guide the ball, which is constantly in motion, to the end of the pipe maze. This is done by shifting tiles into the proper position to create a path to keep the ball going.

If pipes are not placed into the proper configuration, the ball runs out of track and crashes to the bottom of the screen. At this point, the player must start again. 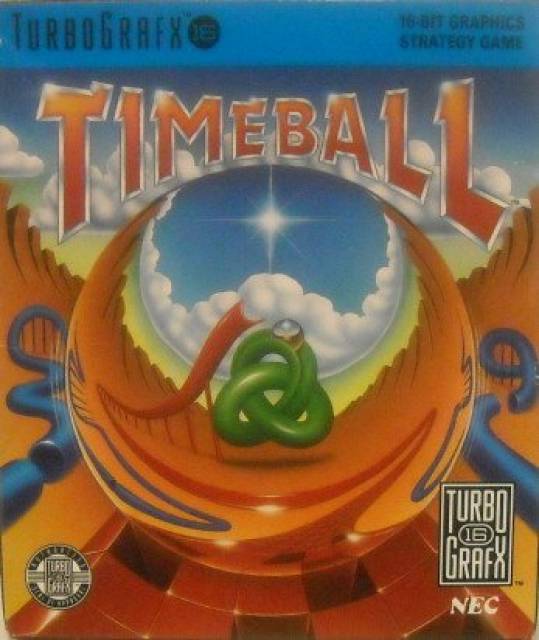