Rent A Hero is a role playing and 2D fighter hybrid. It later saw a remake Rent-A-Hero No. 1 for Dreamcast and Xbox.

Rent A Hero is a superhero-themed RPG for the Sega Mega Drive developed and published by Sega themselves. Teenager Taro Yamada (the player can also supply a name of their own choosing) unexpectedly finds himself becoming Rent-a-Hero after a mix-up has him ordering an experimental high-tech suit of armor over the phone instead of the food his family requested. He takes to the streets as a part-time vigilante in order to pay for the armor and support the local neighborhood into which his family recently moved.

The game uses a top-down perspective similar to many RPGs at the time for its navigation and NPC dialogue, but will switch to a side-scrolling 2D perspective for combat. Combat plays out like a brawler: the player takes on opponents with a series of superhero moves, whittling down their HP while defending their own.

The game was followed by a remake for Sega Dreamcast: Rent a Hero No. 1. 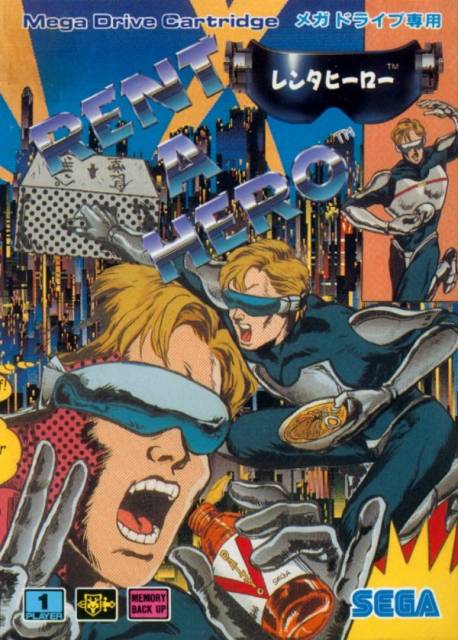