Black Knight Sword is an Xbox Live Arcade and PlayStation Network title developed by Grasshopper Manufacture. In the game, the player takes control of the Black Knight, who goes on a quest to defeat his foe, the White Princess. The character uses various techniques including jumping, attacking, and using his special powers to navigate the levels.

The game opens with a puppet-like character hanging from a noose. Shortly afterwards, he takes a sword from a suit of armor laying on the floor. Thus begins the quest of the main character. He moves from a hotel setting where a short tutorial is given, to a city street, where he is greeted by his first set of enemies. The Black Knight must then progress through the forest to get to another small city that contains a castle. The first level ends with a white knight boss. Once he is defeated the Black Knight Moves onto a section of sewer.

The player controls the Black Knight. Each level is broken up into sections of scenes, each one separated by a wall to a different set. The player has a set number of lives and once he or she loses them, they must either restart the level and lose their score and upgrades or restart from the very first level. The Black Knight can double-jump, swing his sword, use evasive moves, and use a spirit within him: Black Hellbore. The Black Hellbore can be used to operate switch blocks to create paths to progress through the levels. For example, the player is first introduced to an on/off block. This block can be activated by the Black Hellbore and turned on, allowing the player to stand on the block. The player can hold down the Right Trigger (Xbox), to charge up the Black Hellbore. The longer it is charged the further it will fly. At the end of the first Stage, the player is imbued with the power to use the Black Hellbore to attack enemies at close range. Item boxes in this game are microwaves that often contain valuable loot, and money. The currency in the game is hearts. The player can spend hearts to upgrade their character at certain points. Upgrades range from additional health slots to temporary armor boosts.

The player can collect various items throughout the game. 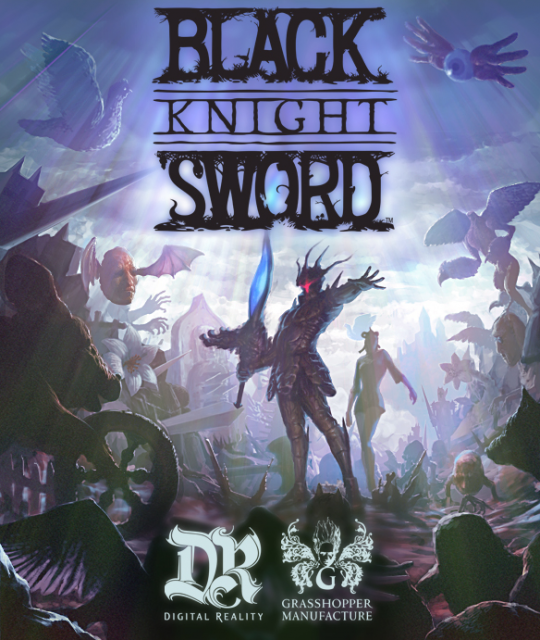