The deadly futuristic sport of Monday Night Combat returned with a free-to-play sequel, bringing with it new combatants and environments. It was later discontinued on May 24, 2018.

Super Monday Night Combat (frequently known as Super MNC) was a free-to-play multiplayer-focused sci-fi third-person shooter developed and digitally released by Uber for the PC (via Steam) on April 19, 2012. The online servers were later shut down on May 24, 2018.

As the game was free-to-play, it included a microtransaction system for purchasing additional Pros (as the game rotated between six different Pros every week for free use, similar to League of Legends), cosmetic items (including uniforms and weapon skins), and taunts. Along with using real money, players earned Combat Credits by participating in matches, which were used for purchasing additional Pros, "Endorsements" (which alter stats), and "Products" (which apply special perks). Cosmetic items were also acquired as post-game prizes (known as Treasure Balls). The game was later released on non-Steam platforms, with alternate inventory and payment options.

Super Monday Night Combat received periodical updates throughout 2012 and part of 2013 (up to March 15), adding new characters, arenas, cosmetic items, game modes, bugfixes, and quality-of-life updates. It was then abandoned by the developer until the closure of its servers.

In the Giant Bomb community, the game is known for its cross-promotional content, where players could use limited-time promo codes at launch to acquire a three-part Uniform for the Veteran (made to resemble the Luchadeer) and a taunt for the Veteran (involving the site's logo).

Super MNC places a heavier emphasis on the MOBA genre, while retaining much of its shooter-style elements. Games are 5 on 5, with each player selecting a pro and upgrading him or her throughout the course of the game. The goal of the game is for a team to lead their bots to the enemy's base to remove their Moneyball shields, and then subsequently destroy the enemy's Moneyball.

Maps feature two bot paths, through which both teams (Hotshots/Red and Icemen/Blue) will have their own bots automatically travel and fight any enemy Pros or Bots they come across. There are also three types of neutral bots, which spawn in a separate floor of the arena (generally called the "jungle") denoted by their black/gray color scheme, which will attack any Pro they come across. Most enemy bots give a marginal amount of EXP and money on death, and neutral bots give a greater amount. Bots drop money in the form of coins, as well as powerups such as Churros (healing items), Pads (shield boosts), Juice, and rarely, Bacon, which buffs a Pro significantly until death. Juice, when full, can be used to break grapples, grant massive HP regeneration and unlimited critical hits for a limited period. Health also regenerates automatically without juice, albeit slowly; critical hits also happen randomly for any Pro at a base rate of 7%.

The game begins with every Pro at level 1. As Pros gain money, they level up ($1 = 1 EXP). Each level grants increased health and improves damage ratings, the effectiveness of your attacks against the 3 different enemy types: bots, turrets and pros. The higher the rating the more damage you deal to enemies of that type. Leveling up will also award you with a single skill point to be spent in one of 5 areas- the respective Pro's three unique skills, an offensive skill to increase weapon damage and a defensive skill that increases total health and increases speed.

Money is also stored in a separate counter (meaning getting $1 fills both the money counter and the EXP bar). Players can spend the money they've acquired on various buffs (Juice, regen, and movement speed), more bots that have various abilities, or two different environmental hazards- Ejectors (which knock back, slow down and damage enemy Pros in its affected area, and heavily damage bots in the same area), or the Annihilator, which destroys every enemy bot on the field and heavily damages enemy Pros. As the Annihilator is so powerful, it is on a 5 minute cooldown, costs $1000, and takes approximately five seconds to activate.

Each bot path has turrets along it, which are shielded until an enemy bot damages it. Once the shield is down, Pros can damage the turret and take it out. The first set of turrets are level 2 laser turrets, the the middle set(s) are level 3 laser turrets, and the last set are level 3 rocket turrets. Each turret grants $100 to every enemy pro when killed.

In order to keep games from becoming a stalemate, once a match passes 25 minutes the game will automatically spawn Jackbot XLs (which usually only spawn when a Moneyball goes down) to expedite the action.

MNC's classic characters return. Bullseye, Juicebot and Chickey Cantor return and appear in the jungle with the neutral bots. Bullseye and Juicebot will drop powerups and award money when shot. Chickey acts like a boss that grants a buff and healing to the entire team of the teammate that kills him. The commentator from the original Monday Night Combat, Mickey Cantor, has been replaced by two new personalities; GG Stack and former combatant Chip Valvano.

Because SMNC places a heavier emphasis on the MOBA genre, Pros that are higher level than another will have an advantage, as they will have better overall stats, as well as more skill points to spend. As killing an enemy Pro nets cash/experience, it's much more important in SMNC to not die to enemies, lest they outlevel the other team and win because of it.

Players earn credits and Agent EXP for each game they play, earning more for wins and less for losses, and a bonus for each first win of the day they obtain. These credits can be used to buy Endorsements and Products, which give buffs (and debuffs for some Endorsements, depending on the Endorsement's effectiveness) to the Pro the player uses. Endorsements must be slotted before they can be used, and more slots are unlocked as the player gains more Agent EXP and levels up. Everyone can slot three different Products, and some Products do not activate until the player reaches a certain level in a match. Three Products are provided by default. Credits are also used to unlock Pros, offering alternatives to playing the free Pros rotated out for free with every update (usually every Thursday).

At the end of every game, there is a random chance (a die is rolled every number of minutes, with increases chances with larger gaps between unsuccessful rolls) that a player will get a random Endorsement, Product, Taunt, Weapon Skin, Piece of Flair, or Gear Piece. This presents an alternative to grinding out Endorsements/Products, or buying Taunts/Weapon Skins/Gear/Flair and rewards players who stay until the end of the round.

Along with the six Classes from the original game (now called Pros and more resemble Heroes from MOBA games), the game included nine additional playable characters at launch (with two more added post-launch, for a total of 17 playable characters). Unlike the previous installment, teams in the base player-vs-player modes cannot have more than one player as the same Pro.

Each of the 17 playable characters were split into five character classes (or "positions"):

Versatile all-rounder combatants who can adapt to many situations thanks to their mobility.

Although they are not as mobile as other Pros, Enforcers are large damage-sponges who are dangerous in close ranges.

While they lack a significant amount of direct firepower, Defenders focus both on their automated turrets and their ability to heal and buff allies.

While they can be difficult to use, have limited ranged capability, and have weak vitality, Commandos have excellent maneuverability and powerful close-range attacks.

While they can be difficult to use, have limited close-ranged capability, and have weak vitality, Sharpshooters have powerful long-range attacks that can deal additional damage on headshots. 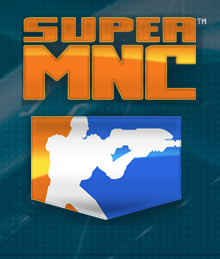