Falcom's re-imagining of Ys IV for the Playstation Vita featuring the party system from Ys Seven.

Ys: Memories of Celceta is Falcom's re-imagining of Ys IV for the PlayStation Vita. Two versions of Ys IV were released in 1993, Dawn of Ys for the PC-Engine CD and Mask of the Sun for the Super Famicom, but neither of them were developed by Falcom themselves. Memories of Celceta was Falcom's modern interpretation of the story outline they created for the previous two titles and featured many of the gameplay mechanics introduced Ys Seven. The game was originally published in Japan on September 27, 2012 and XSEED brought the title to North America in late 2013, while NIS America handled the European release a few months later in 2014. 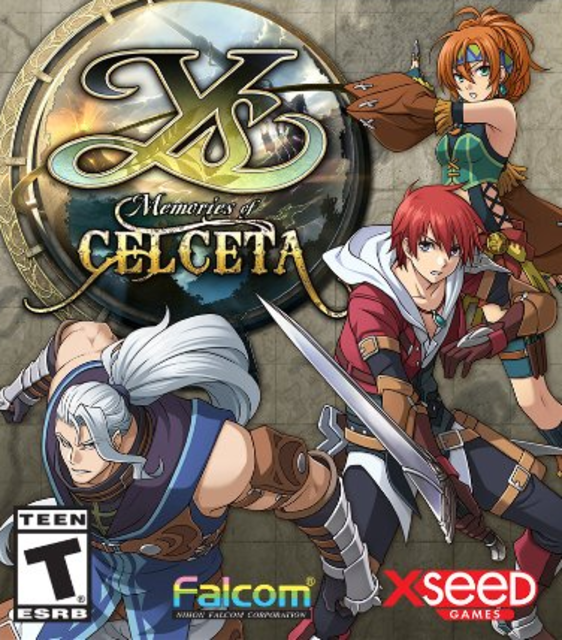