Dead Pixels is set in the city of New Hexington, New York. On July 15th, 1983, at the local chemical plant, toxic waste is spilled into the city water supply. Just three days later, the dead start to rise. As these zombies hunt for food, the people they kill also come back to life. The zombie outbreak spreads like wildfire and within a week, 95% of the city's population is dead and risen. Eventually, the government sends in the Army, but must retreat, as the undead masses are too numerous and strong. With the Army pulled out, the city is put under quarantine and survivors are left to fend for themselves. After discovering that there is a group of survivors who know a way out, the player journeys across the city to escape with them.

On September 16th, 1983, just two months after the dead have taken over New Hexington, at H. Mason Maximum Security Correctional Facility, six prisoners are offered a chance at redemption. The plan is to drop the prisoner at the airport, have them brave the streets to the power plant, activate its self-destruction sequence, and get out. The streets are even more dangerous than they once were, though, as there are no more survivors in the city, and thus nobody to trade with. If the prisoners manage to accomplish their difficult mission, they will be offered a presidential pardon.

This story was inspired largely by the 2007 film Doomed.

While Last Stand is not a campaign, per se, it does have a story. Set three days after the Army abandoned New Hexington, a group of survivors has made their way across the city. Upon arriving at the airport, they find it surrounded by a horde of zombies too large to fight through with any hopes of survival. Tim Hurley decides then and there to distract the zombies and lure them away from the airport and into the mall across the street. Having given the rest of the survivors a chance to escape to safety, and being trapped in a mall full of zombies, Hurley chooses not to give up and die, but to kill as many zombies as he can.

If two players are playing Last Stand, the first player is Tim Hurley and the second player is Nate Graves.

In Dead Pixels, players must make their way to salvation by fighting through hordes of zombies over the length of 20 "streets".

The streets work like areas, and there are 3 different types of streets: City Streets, Tunnels and Malls.

Along the way, players must loot houses for valuables, so that they may sell them to traders, as well as having the ability to purchase new guns, throwing weapons, or items.

Local co-op play is available in all game modes. In the PC version of the game, one player uses the mouse and keyboard and the other uses a connected controller or joystick. The first player's HUD will be displayed on the left side of the screen and the second player's HUD will be on the right. If one player should die, they will turn into a zombie and attack the other player. They will stay dead until either the surviving player dies or finds and enters a trader's shop. Dead players are instantly revived upon entering the shop and do not lose money or items. Zombified players use only melee attacks and are neither particularly quick nor particularly strong. Players are given the option to take what the other has discarded, including weapons, ammunition, and health packs. Both players must be within reach of a door to enter a building, unless one is dead. While coins are not shared, loot from houses and other buildings is separated into a different selection for each player.

In the original Dead Pixels campaign, players may upgrade seven skills through the trader. In the second campaign, The Solution, players choose between characters that have predetermined skill levels and may not upgrade them. A level cap is set at 6. Prices for upgrades increase with each level purchased. Upgrading the Bargaining Skill will decrease these prices. Upgrades start at 1120.

Dead Pixels offers a wide variety of weapons. Weapons are rated on four attributes: damage, range, rate of fire, and penetration. Critical hit chance and damage does not depend on the weapon in use. The two main categories are throwing weapons and shooting weapons. Throwing weapons consists mainly of explosives while shooting weapons has much more variety. There are not only several different general types of shooting weapons, but also variations of those types, and a variety of manufacturers to produce these weapons. The different types of shooting weapons each use one of the seven types of ammunition: 5.5 mm bullets, 7.85 mm bullets, shotgun shells, arrows, tanks of gasoline, power cells, or tanks of liquid nitrogen with the exceptions of the Can Launcher, which uses cans of mystery meat as ammunition, the flare gun, which fires flares, and a handgun that does not use any form of ammunition. To display which weapons use which ammo type, the name of the weapon is written in the same color as the name of the ammo type. The different weapon manufacturers produce many of the same weapons as each other, but with different statistics.

Only a handful of weapons in the game can reduce an enemy to gibs. These weapons are the flare gun, chainsaws, flamethrower, minigun, and all electric weapons (except the shock grenade). All thrown are incapable of turning an enemy into gibs.

The full soundtrack may be downloaded for free here. 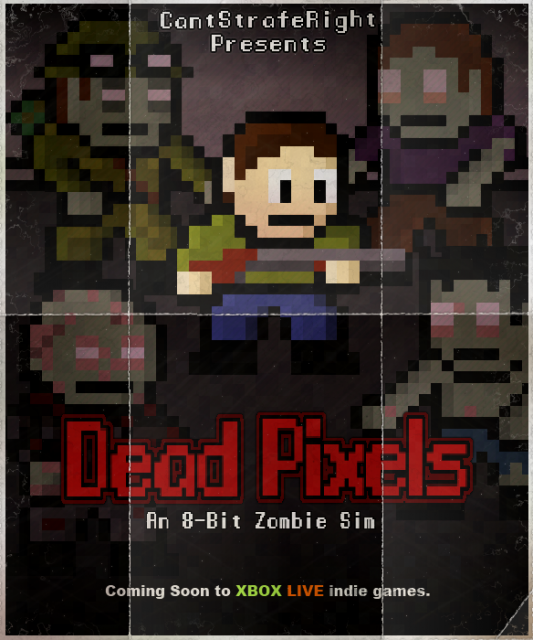