Cardinal Quest is an arcade-style dungeon-crawler inspired by 1980s classics.

Cardinal Quest is a roguelike game developed and published by TameTick for the PC, Mac, iPhone, iPad, and Android platforms. There are three playable classes to choose from.

The dread minotaur Asterion fell upon the peaceful town of Hallemot late one balmy night. The few townfolk he did not kill, he made his slaves. Their misery is his delight.

Years have passed. Deep in his underground den, he and his minions exult in the spoils of their wicked deeds. They revel in human suffering.

You fled when you were young. You grew strong. The time has come to rid the land of his dominion.

A mighty warrior of unparalleled strength and vigor, honorable in battle, high master of hack-n-slash melee.

The best choice for new players.

A cunning and agile rouge whose one moral credo is this: Always get out alive.

The most challenging character - use his speed and skills to avoid taking damage.

A wise safe, knower of secrets, worker of miracles, master of the arcane arts, fantastic barista.

Can cast spells rapidly - use his mystic powers as often as possible.

The mechanics of the game differ from games like Dungeons of Dredmore and Hack, slash and loot as the player almost doesn't have to worry about managing his inventory and spells. The game decides on itself if equipment is better than currently equipped. If better, it equips it automatically and sells the old stuff. If it is about the same, it puts it in your little inventory where you can sell it yourself.

Each class starts with 1 spell but can find more within the dungeon, 5 spells can be equipped at a time, although more spells can be placed into the inventory.

The following stats will automatically be improved every time the player levels up by acquiring enough experience points. The players health will also refill after a level-up.

How many hit points your character has.

How much damage your character does.

Increases your chances of dodging attack.

Reduces chance of being affected by poison

The player always starts the game with a map of each level of the dungeon. The map shows all the rooms, doors, treasure chest locations and the stairs to the next floor.

The Reveal Map spell will show everything on the map for you without having to explore the map yourself.

The objective of each floor is to locate the stairs which lead down to the next floor. There are 8 floors in total, each one harder than the last. The final floor has a boss fight with the evil minotaur Asterion.

A small vial containing a fragrant, red salve. It restores life when applied.

A refreshing draught which charges spells and sets nerves tingling.

This elixir temporarily protects the drinker's body with a thick hide.

There are 6 slots to equip items on your character, torso, helmet, boots, weapon, ring and gloves.

This armor us made of leather that was boiled in wax for extra toughness.

This steel skullcap protects the head without restricting the wearer's ability to wear fashionable hats.

This steel skullcap protects the head without restricting the wearer's ability to wear fashionable hats.

These finely crafted leather boots allow the wearer to run with great speed.

These winged sandals are made of imperishable gold and allow the wearer to move as swiftly as any bird.

A double-edged blade used for stabbing or thrusting.

A one handed hilt attached to a thrusting blade approximately 60cm in length.

A sturdy shaft of hardwood with metal tips.

A sturdy shaft of hardwood with metal tips.

Long swords have long cruciform hilts with grips and double-edged blades over one meter long.

This small, silver ring imbues its wearer with uncanny wisdom.

Enlightenment permeates this simple looking amulet, granting its wearer the spirit of the gods.

The swiftness of these hand gloves allows their wearer to perform faster in battle.

This magical bronze bracer contains within it the great warrior's spirit.

The game has an original soundtrack created by Whitaker Trebella, and can be purchased from the Cardinal Quest: Original Soundtrack band camp page. 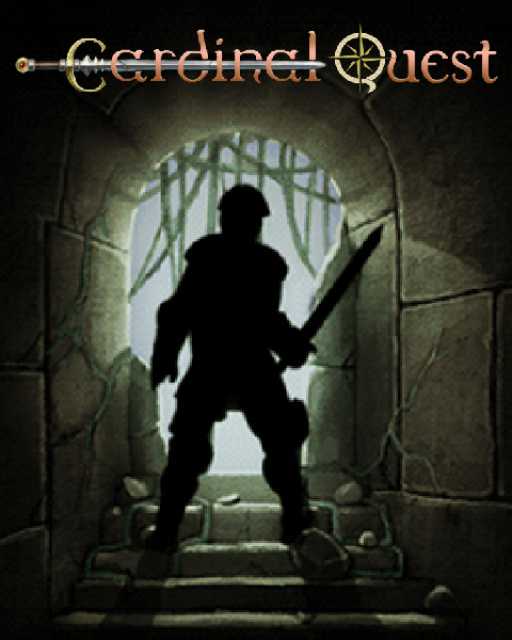