The Witch and the Hundred Knight

Two powerful witches have been battling one another for over a hundred years. Now, the Swamp Witch has unleashed the legendary Hundred Knight, and seeks to destroy the Forest Witch once and for all. The main character is named Metallica which was changed to Metalilia in the English release. Although she a notable character the player actually takes control of the Hundred Knight to battle a assortment of enemies throughout the game.

On a basic level this game can be considered a action rpg although it has a lot of little touches that make it different than most. But the main gameplay loop consists of destroying monsters till the Hundred Knight gets to the boss of the area. Although he has to worry about running out of Gigacals which mainly comes down to being a time limit. It's possible to extend the limit by eating enemies or by using a few bonus points at a pillar. Overall each level plays out the same way with the Knight exploring the area and defeating enemies to get xp.

First up the Knight has access to 5 different types of weapons, swords, magic staffs, lances, hammers and scythes. Each one has a variety of damage outputs like you could have a magic sword or a bladed hammer. Since each enemy can be weak to a different type of damage it requires the player to switch up weapons when going to a new area. Along with all that each weapon has a number beside of it so if the player puts them in numerical order it gives a higher damage multiplier.

Getting a new Facet pretty much means the Hundred Knight has a new type of class he can level up. Each one has a different pro and con depending on what types of weapons you like to use. Like the power type has awesome defense yet his magic staff skills are horrible. When going into battle the Hundred Knight has access to one main facet and two sub facet that still give him their special skills during battle. (Like giving him extra stamina or slowing down the gigacal count.) Tochka's on the other hand are little helpers he can summon to assist him. Although he will have to find them first they come in wide variety of forms like a bomb or even a giant tower shooting magic thing. Tochka's are really useful but it's not possible to summon them all the time thanks to a limited mana pool.

As mentioned in the the overview Metalilia summons the Hundred Knight to take down the forest witch Malia and spread the swamp she loves so much all over the land of Medea. Although at first it may seem like she is a evil witch yet she slowly starts to gather a bunch of friends. Visco the dog princess, Arlecchino the loyal butler, Mani the ever annoying fairy and Lucchini the very expressive apprentice. Each one has a different role to play by the time this story ends. Metalilia has a lot of things to beat up just to prove she is a great witch and the Hundred Knight always has the task of taking them down to bloom one of the many pillars in Medea. 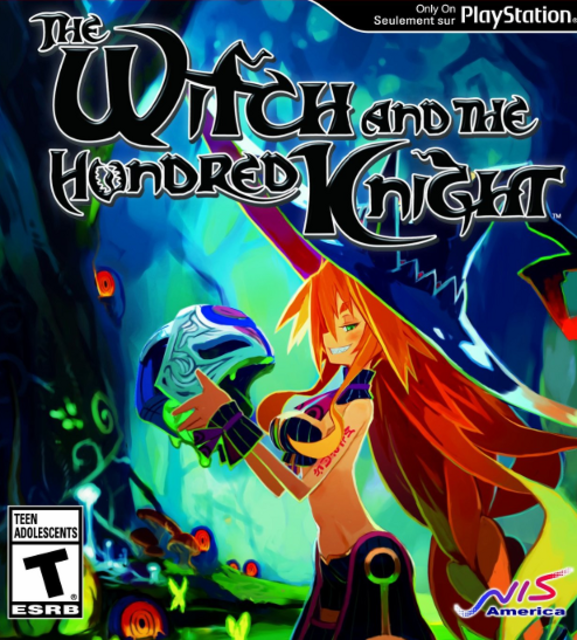