Wagyan Land is a platforming game released only in Japan for the Nintendo Famicom on February 9, 1989 . The game was later ported to the Sega Game Gear on July 26, 1991.

Wagyan Land was developed by Now Production and published by Namco, and it was released only in Japan on Feburary 9, 1989. The player plays as a dinosaur named Wagyan who is on a quest to save the people of Wagyan Land from Dr. Devil. The game is primarily a side-scrolling platforming game where Wagyan must avoid enemies and make it to the end of each stage. Most stages feature a boss at the end where Wagyan must defeat them in a card minigame in order to move on to the next stage. There are also hidden warps hidden throughout the stages that can transport Wagyan to a later stage. The game spawned several sequels including two other games for the Famicom, three games for the Super Famicom, one mobile game, and one game for the Nintendo DS.

Wagyan Land would eventually receive a Japan-only 2008 re-release on the Wii's Virtual Console.

Along the way there are several enemies trying to prevent Wagyan from proceeding. Wagyan has the ability to roar at enemies which can temporarily stun enemies but it cannot kill them, there are also small Wagyan powerups that can be picked up to make his roar cover a wider radius and stun enemies for longer periods of time. Once Wagyan picks up four of these powerups he will become temporarily invincible, be able to move quicker, and kill enemies on contact. Later on in the game Wagyan will receive a powerup that gives him the ability to kill enemies with his roar attack.

The boss battles are unconventional; the bosses will challenge Wagyan to one of two different types of mini-games. The first type of mini-game is a word chain game, known in Japan as shiritori ("taking the end"). In this game there are 24 cards laid across the screen, the boss will pick a card with a picture on it and say what the card is. Then the player must pick a card where the first kana matches the last kana of the card the boss picked. This goes back and forth until there is no card that can match the last kana of the last card picked, the player wins if the boss can't find a card. On the other hand, the boss wins if either the player can't find a match or the player runs out of time. The second type of mini-game is a simple memory game where 24 cards are laid faced down across the screen and the player must find matching pairs. If the player finds a pair they get to go again, but if they don't the boss gets to go and the same rules apply for the boss. The player with the most pairs at the end wins. If the player loses to the boss they go back to the beginning of the stage. 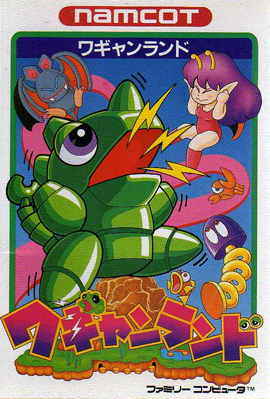