Legasista is a return to the days of the classic dungeon crawling RPG. The game also features a fully loaded hefty character editor, to make your party members however you want.
PlayStation 3 PlayStation Network (PS3)

Legasista is an action RPG available on the PlayStation 3. Originally a retail release in Japan, the game text has been localized and the finished product made available for purchase through the PlayStation Store.

Reminiscent of the "Cladun" games also published by NIS, Legasista takes the original turn-based dungeon crawling experience and places it in a real-time environment. The common NIS theme of randomizing several variables to offer hundreds of hours of gameplay content is ever-present in this title.

The young adventurer Alto sets out on a journey to find an ancient relic hidden in the Ivy Tower, a legendary dungeon, to return his sister Mari back to normal after she was turned into a crystal by a curse.

Upon arriving at the Railyard, the base outside the dungeon, Alto meets the android T48R-β, who calls herself Ms. Dungeon. She is the keeper of the Ivy Tower, once a research facility, and offers Alto help in finding the relic in form of an ancient weapon.

Legasista's gameplay centers on a top-down dungeon crawler where all action occurs in real-time. Players control one character of up to an interchangeable party of three to roam dungeons in search of life, loot, and exits while dispatching enemies with their equipped weapon and spells. Enemies have limited forms of attack, and exhibit the most basic AI characteristics, but tend to overwhelm the player by attacking in mass numbers. Players may use their free movement to flank enemies to deal extra damage to their vulnerable sides and ends, while balancing defensive measures at the same time by keeping their character out of harm's way.

The majority of Legasista's entertainment is derived from the unlockable random dungeons or ran-geons. As implied, everything you encounter in the dungeons is a variable, from the layout to the loot, Rangeons are endurance runs where Murphy's Law will be the only constant in the player's struggle to leave its depths alive. With each floor navigated some aspect of the dungeon is randomized depending on the gate used to advance. Rangeons consist of 30 to 200 floors to traverse, with exits randomly placed on floors to offer players a way to leave without losing any experience or equipment. Legasista's replay value stems from the several tiers of Rangeons available for an undertaking, each more demanding than the last.

A young warrior that used to have a seemingly normal village life with his sister, Mari. Unfortunately that life had to come to an end as Mari fell victim to a curse from one of many relics scattered across the world. With no one to turn to, Alto sets out on his own to seek out the long lost Ivy Tower. Only the slight hope of finding a rumored relic that may bring his sister back driving him. There's no length he isn't willing to go to for the sake of Mari.

An android discovered and unintentionally activated by Alto within the Ivy tower. Melize suffered a system crash that had wiped out thousands of years worth of memories and left her as docile as a child. Alto agrees to help seek out her backup files stored within the Ivy Tower, for one of them contains the ability to negate Mari's curse. While she's friendly, there's always the underlying concern that eventually Melize will revert back to the violent persona that she was created with and be a threat to the group.

A self-proclaimed witch and explorer. Leina makes a living from looting abandoned dungeons and pawning items off within a black market, while finding weapons and armor brings her joy, Leina's real passion lies in finding and using powerful relics from before the war for her personal ends. Shout has proven to be her most useful find thus far, but she's always looking for the next best thing. Leina and Shout follow a trail left behind by Alto leading to the Ivy Tower, where they find relics of a quality unlike anywhere else, she wastes no time in getting down into business and taking what isn't nailed down.

Unlike the other androids Alto encounters, Shout bears no unique personality and feels no emotion. Completely subservient, Shout's only purpose is to protect and obey his initial booter, Leina, who had reconstructed his once broken body out of a mix of junk parts and potent relics.

The end result of a gene manipulation experiment thousands of years ago when the Ivy Tower was still inhabited and operational. Mimily is a Dragon-Human hybrid that has been recently awakened by the recent intrusions, she actually doesn't mind the human contact after being unconscious for thousands of years. She's constantly talking whenever near Alto, but loathes the androids with a passion, hinting at a dark past as the reason to never trust them.

Volks snuck his way into the Ivy Tower, claiming he's on a journey for great justice, but that's contradicted by the fact that he's no more than a common thief that steals whatever he'd like. Not quite the combatant, his specialty lies in fleeing and trying to talk his way out of any confrontation. He considers Alto as the arch nemesis to his story, barring his path of righteousness, but never makes it clear why as he had already fled the scene. 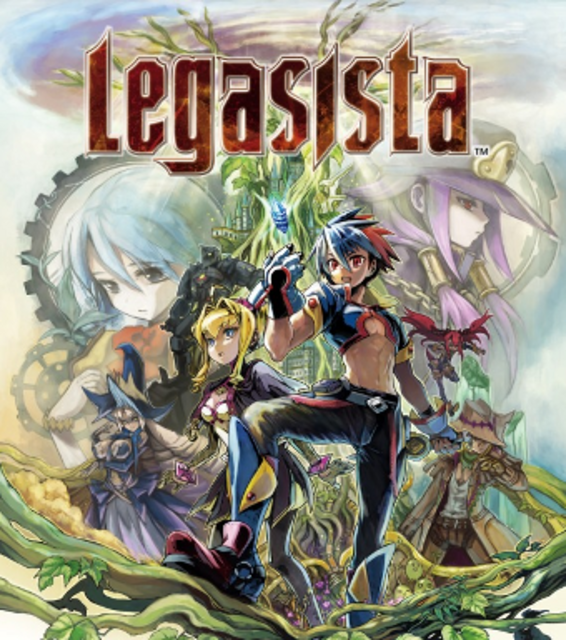