A fantasy JRPG released by Vic Tokai in 1993 for the Super Famicom. An American version titled "Lost Mission" was scheduled in 1994, but was canceled.

Shinseiki Odysselya ("Gospel of a New Century: Odysselya") is a fantasy RPG from Vic Tokai. It is a traditional turn-based RPG, with the first-person combat view made popular by Dragon Quest and the earlier RPGs like Wizardry that inspired it. The protagonist is an amnesiac human woman (who the player names early on) that is rescued by a friendly dragonman during the game's intro. 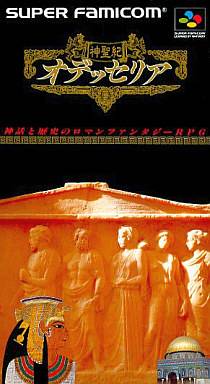