An educational game from Scorpion Soft for the Famicom Disk System. A cartoon cat teaches Japanese children their English letters.

Michael English Daibouken (lit: "Michael's English Grand Adventure") is an educational game where the character of Michael, an orange cat, teaches kittens the various letters in the English language as well as some English vocabulary. Michael has to catch floating letters in order to spell out English words, while avoiding the incorrect letters. The game has various different backdrops, including space.

The character of Michael comes from the Japanese serial manga strip "What's Michael", created by Makoto Kobayashi which might be considered analogous to Garfield, due to them both being orange cats. It varies between observing goofy pet behavior to more abstract tales of fantasy with anthropomorphized versions of the animal characters.

Given its content and its license, this game was understandably never released in English-speaking countries. 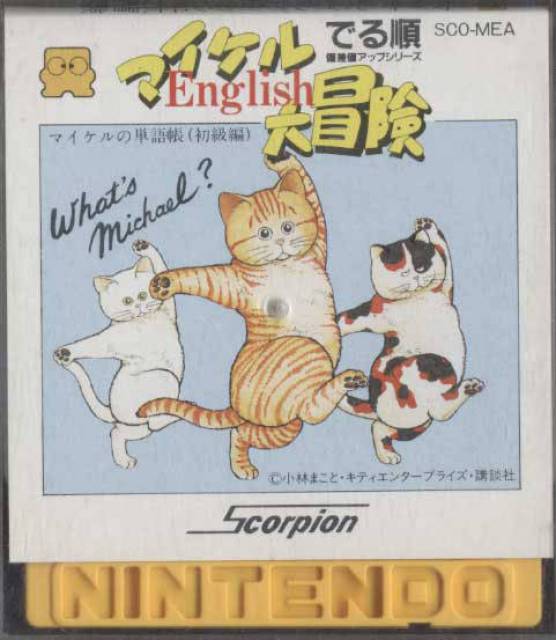