An RPG developed by Xtalsoft and published by Square. It was available for the Famicom Disk System and never released outside of Japan.

Also known as "Kalin no Ken" or "Sword of Kalin", Kalin no Tsurugi is an action RPG that's at least some part inspired by Dragon Quest. However, instead of the popular Dragon Quest system of turn-based strategic battles, Kalin instead has the player fight opponents by ramming them with the hero's sword at a slight angle, much like the combat in Ys or Hydlide.

The game's most notable feature is that of the Quick Save. This process, selected from the in-game menu, instantly creates a save file that persists for as long as the system is turned on, making it essential for players who fear death may lurk behind every encounter. There also exists the slower regular option that saves onto the Famicom Disk which the player can load after switching off and on the console.

The game was never released outside of Japan, though a fan translation is available. 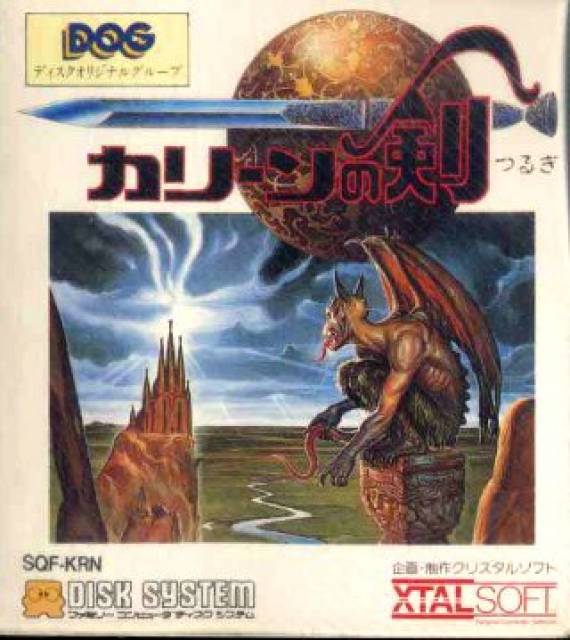