A NES baseball sim from Taito and an updated version of their earlier Kyuukyoku Harikiri Stadium title. It includes a minor graphical upgrade and updated rosters.

Besides a roster update and a few graphical improvements there is little difference between this and the previous game in the series. This process of having minor incremental improvements between annual releases would eventually become common practice in console sports games. 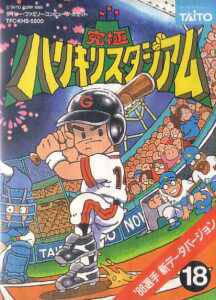