A baseball sim by Konami. It was released for the Famicom in Japan only.

Ganbare Pennant Race! is a NES baseball game from Konami. It is not a sequel to Exciting Baseball, Konami's only other baseball game for the system, but rather a new game that features cameos from other Konami games and characters from its popular Ganbare Goemon series. Specifically, the fictional team of "Konami Goemontai" is a team comprised entirely of Goemons. 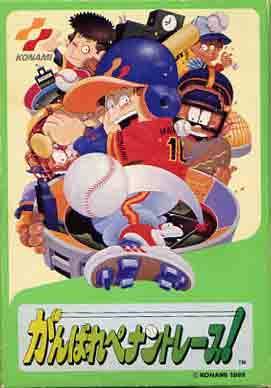