A first-person mecha RPG from Sunsoft for the PC Engine. Both it and its Wii Shop port were only released in Japan.

Out Live is a first-person RPG in which the player controls a mech outfitted with guns and armor through a series of dimly lit corridors from the perspective of the mech's cockpit. However, the game looks and plays similarly to older style RPGs that had players exploring dungeon mazes in a first person view until they were attacked, at which point a strategic turn-based battle would ensue.

As with its medieval fantasy contemporaries, the goal of Out Live is to explore hallways full of danger and treasure, survive encounters with enemies (most of which are vehicles and other mechs), level up after accruing enough battle experience and acquire new equipment by spending money at the occasional store. 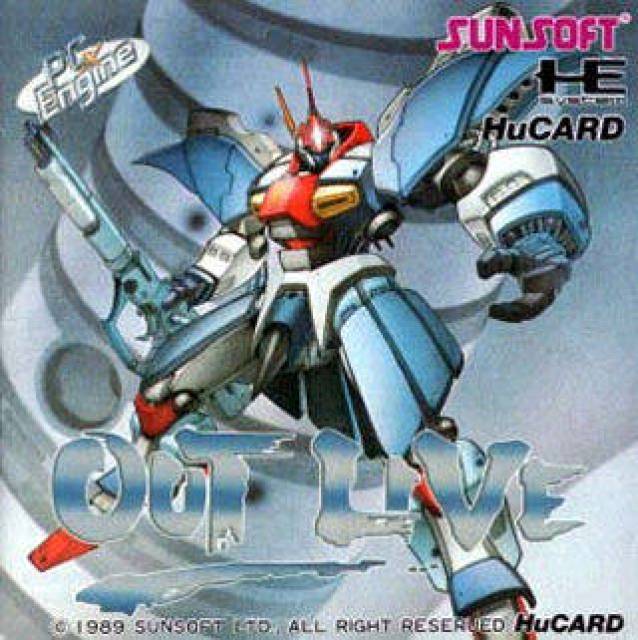