Virtual Hydlide is an action-adventure video game for the Sega Saturn console, developed by T&E Soft. It is a remake of the original Hydlide, the first game in the series, but incorporates three-dimensional graphics.

Virtual Hydlide is the sole Sega Saturn entry in T&E Soft's Hydlide RPG series, and is a remake of the first game in the franchise. The hero, Jim, must defeat the demon Varalys and save the kingdom's princess, but first he must find the three fairies she was transformed into and the three magical gems he needs to slay the demon.

The game uses digitized actors and a 3D perspective in lieu of the original's top-down pixels. The player runs around the world defeating enemies and gaining XP to level up, eventually becoming strong enough to tackle the game's dungeons. Virtual Hydlide uses a semi-randomized process for determining which dungeons appear: rather than using procedural generation to create dungeons, each one is selected from a pool of around twenty pre-generated layouts when a game is first started.

The Legend of Zelda: A Link to the Past King's Field Panorama Toh Crossed Swords 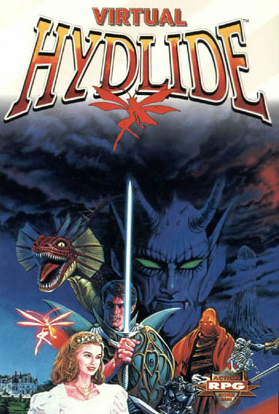