A Space Invaders remake with many different options and a "parody mode" that includes many well-known Taito characters. The structure of Space Invaders DX serves as the template for many home versions thereafter.

The home versions were known as Space Invaders: The Original Game, and featured most of the above depending on the version. Both the SNES and PC Engine CD-ROM versions of the game were rereleased on Wii's Virtual Console. 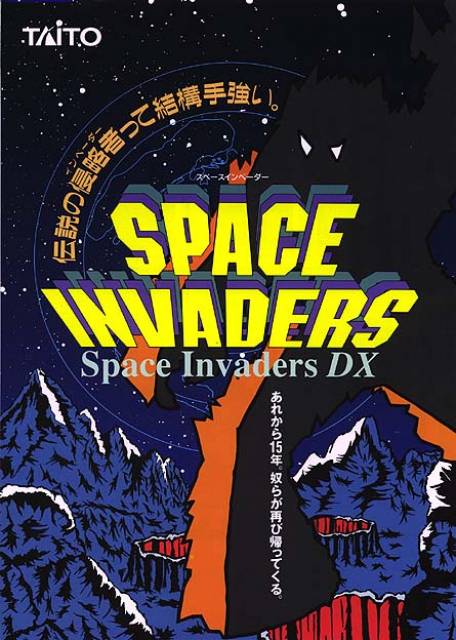