Space Invaders: Fukkatsu no Hi ("Space Invaders: Day of Resurrection") is a PC Engine exclusive variant of Taito's classic 1978 space shoot 'em up. As well as including an "original mode", which plays identically to the original Arcade version and includes a hidden setting that plays the game in black and white monochrome, Fukkatsu no Hi also includes a "Space Invaders Plus" mode which includes more contemporary 16-bit graphics and power-ups earned from destroying UFOs. The player's ship can also take several hits before being destroyed, but generally has less cover to hide behind. 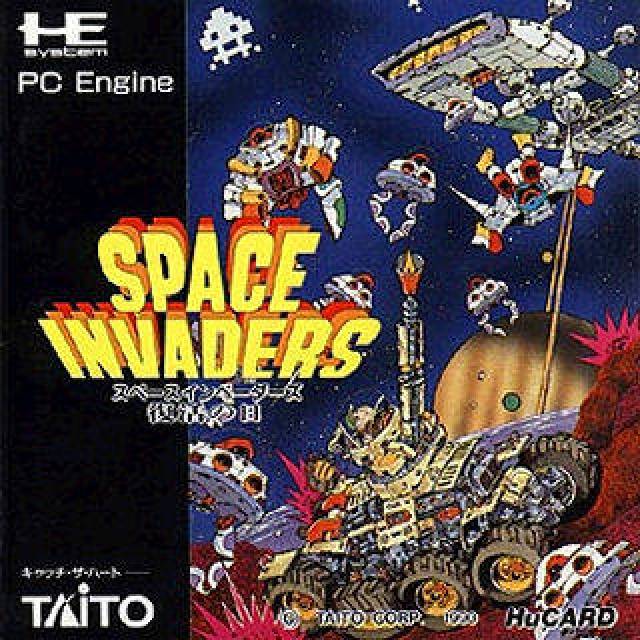