The first Pokémon games on the 3DS and the first to be released simultaneously worldwide.
Nintendo 3DS Nintendo 3DS eShop

Pokémon X and Pokémon Y was released to the Nintendo 3DS worldwide on October 12, 2013. This marks the sixth generation of Pokémon games, and the first mainline Pokemon games to feature full 3D polygonal graphics. The game features a large number of new Pokémon (including the new starter Pokémon, Chespin, Fennekin and Froakie), as well as returning Pokémon such as Pikachu, Lucario, and the Pokémon Red/Blue starters, Bulbasaur, Charmander and Squirtle. It also introduces the all-new Fairy Type; the first new Pokémon type since 2000's Pokémon Gold/Silver. Other major new mechanics include Mega Evolution - a new temporary power-up that can change the stats, abilities and even Types of select Pokémon, including Blastoise, Mewtwo and Garchomp - Pokémon-Amie (a Nintendogs-esque tool for interacting with Pokémon via the 3DS touchscreen), trainer customization (allowing control over the hairstyle, clothing and skin tone over the player character) and Super Training, giving more in-depth information on each Pokémon's unique specialties.

Pokémon X & Y is set in the region of Kalos, a new region inspired by the country of France. The French inspiration is particularly noticeable in Lumiose City, a new city heavily reminiscent of Paris, down to the large, Eiffel Tower-esque landmark in the city center.

As in previous Pokémon games, the Kalos region features a variety of different climates and terrains, including beaches, frigid mountains, grasslands and a desert. Kalos is notable for the large amount of rivers running throughout the region.

Previous inspirations for the Pokémon games were various regions of Japan (Kanto, Johto, Hoenn, Sinnoh) and The United States of America (Unova).

As usual, the story revolves around a nameable protagonist and his/her journey traveling across the region, meeting pokémon and raising pokémon for battle leading to an eventual victory at the pokémon league and as well as the defeat of an organization (Team Flare) that is trying to use the power of a legendary pokémon for nefarious purposes. However, unlike previous entries in the franchise a single rival-character is instead replaced by a group of friends that the player comes across from time to time. Additionally the new mega evolution mechanic takes a role in the story presented.

Changes and New Editions from Previous Games in the Series

This map highlights all of the Cities, Towns, and other points of interest. This map includes which cities/towns have a Pokémon Center, and have a gym where the player's trainer can obtain a gym badge. Vaniville Town (number 1 on the map) is the town they will start in. Aquacorde Town (number 2 on the map) is where they will obtain their first Pokémon. All cities and towns, except Vaniville Town (number 1) and Aquacorde Town (number 2), have a Pokémon Center where they can heal their Pokémon, and buy items for game play. Lumiose City (number 4) is not entirely discovered at once. The bottom half is discovered early in the game, and the rest of the city, including the gym, later in the game. The numbering on this map may or may not match up to the order that the cities/towns are found.

As of September 30 2016, Pokémon X and Pokémon Y have sold a combined 15.64 million copies worldwide. 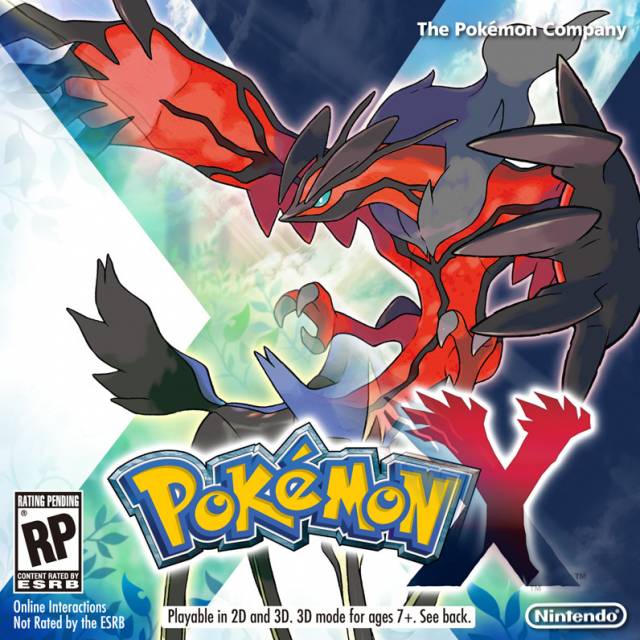