The first in a series of first-person dungeon crawlers developed by Humming Bird Soft. It was published through Square's DOG label for the Famicom Disk System.

Deep Dungeon: Madou Senki is the first game in the Deep Dungeon series of first-person dungeon-crawler RPGs from Humming Bird Soft. It was originally published for the MSX home computer and would later be published on the Famicom Disk System by Square through its DOG (Disk Original Games) label, as was its first sequel Yuushi no Monshou which was a FDS exclusive. Madou Senki holds the honor of being the first RPG of this type for the Famicom.

The gameplay is similar to RPGs such as Wizardry: The player explores a barebones dungeon in a first-person perspective, occasionally having to fend off randomly encountered monsters in turn-based combat. The player can find treasure and level up, and must occasionally return to buy and sell items at vendors and sleep at inns found on the first floor above the dungeon proper. The goal is to reach the end of the dungeon where the final boss awaits.

Shining in the Darkness Dungeon Master Eye of the Beholder Wizardry: Proving Grounds of the Mad Overlord 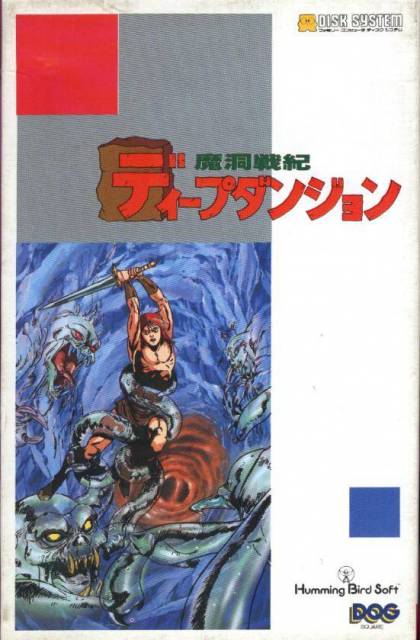