Madden NFL 2005 was one of the better years of the Madden series with improved features, physics, presentation and graphics.
Game Boy Advance PlayStation 2

Franchise mode received an upgrade to its presentation with Storyline Central, that let players monitor what's going on in their franchise from the view of the media with use of a local newspaper and radio station. The radio show featured Tony Bruno as the host.

Madden NFL 2005 also offered online play on Xbox Live for the first time, after EA and Microsoft announced a new partnership that would bring EA titles to Xbox Live at E3 2004. 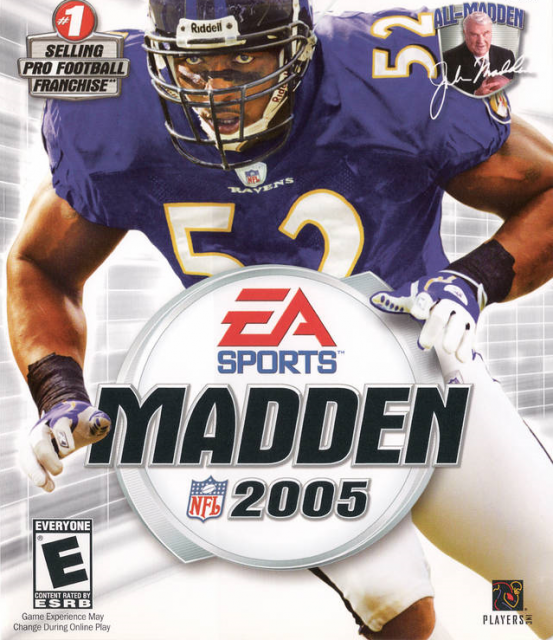