Revolution 60 is a story-driven iOS game from Giant Spacekat.

In the future, an American orbital weapons platform has gone adrift over China, causing an international incident. Holiday is a member of Chessboard, a special operations team led by a probability-computing AI. Her team's mission is to rendezvous with N313 and re-establish satellite control between the station and Chessboard - but not all is as it seems.

Revolution 60 is made up of several gameplay subsystems.

Similar to Heavy Rain, Revolution 60 contains interactive events controlled with the touch screen. Players will gain proficiency points for successfully completing these events, leading to a proficiency score. This score will affect their ending.

Players fight on a pre-defined grid, controlling Holiday as she tries to outflank her opponent for attack position advantage. As players successfully complete moves, their energy bar fills and they can execute special attacks.

Players explore their environment with the tap-to-move system found in games such as Infinity Blade and Dark Meadow. These light exploration elements will lead to additional choices that will affect the ending.

An assassin for Chessboard, and an expert in vehicular warfare. Holiday rides Hyperion, an experimental motorcycle with graviton emitters for contact patches. She's just returned from Tselinoyarask, a failed mission where she nearly died. As a gen 1 Chessboard operative, she's had extensive training but none of the genetic modifications that make up the majority of Chessboard's ranks.

The team's commander, and a subject of extensive genetic engineering. Upon arriving in N313 she begins to suffer from disorientation and headaches. Minuete is the daughter of a senator, and has an icy, practical demeanor. She feels no loyalty to anything but her mission.

A fighter pilot and Holiday's best friend, Unknown is nearly killed in the opening mission after Holiday makes a mistake. She is saved by nanites in her bloodstream, which are designed to repair damage and make Chessboard operatives live longer in combat. Unfortunately, neurons are not the same when they are silicon. Her personality takes on a cold, robotic bent.

An aerospace engineer, Amelia was one of the architects of N313. She's not a soldier, and was added to the mission by Chessboard AI. She immediately clashes with Minuete.

One of the defense sentinels stored on N313, Crimson 09 broke from her hibernation sarcophagus. She's frantic and unbalanced. 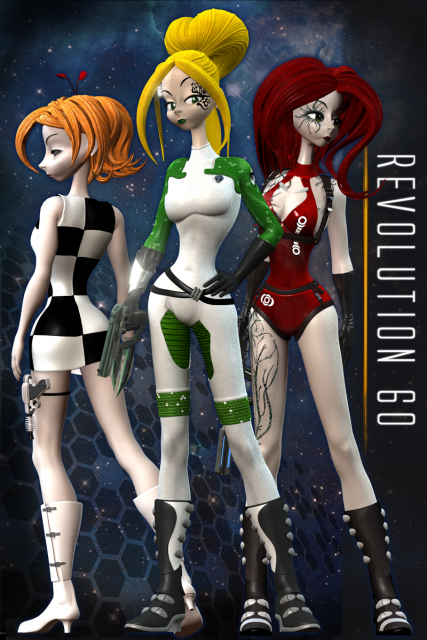