The third entry in the Dokapon series of RPG styled boardgames.

Dokapon Gaiden: Honoo no Audition ("Dokapon Side-Story: Audition of Fire") is a Super Famicom exclusive RPG/board game hybrid and part of the Dokapon series of same. It was also a game that became available through the Satellaview service, as well as the Japan-exclusive Nintendo Power cart-writing service. It is the third game in the series, following Kessen! Dokapon Okukoku IV: Densetsu no Yuusha Tachi and Dokapon 3-2-1.

Dokapon Gaiden sets itself apart by offering many different boards with different themes besides the standard fantasy setting of the original game. The game features seven boards, each with their own configuration of board tiles and special thematic events: 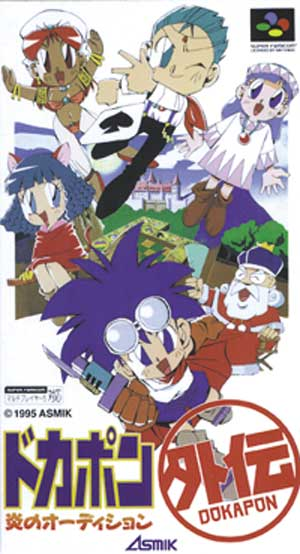