Strider Hiryu must assassinate Grandmaster Meio in this action-adventure game from Double Helix and Capcom. It is essentially a retelling of the original arcade game, Strider, with many of the boss encounters and basic locales coming out of the first game. Like the other games in the series, Strider is a side-scrolling game. But unlike most other Strider games, this is an action-adventure with items to collect and upgrades that allow deeper access into the Kazakz City facility.

Player upgrades include ranged kunai attacks, a double jump, a lunging plasma catapult that can be used as a makeshift third jump in some situations, and sword upgrades that enable Hiryu to deal explosive, magnetic, or ice-based damage.

The game does not contain many full cutscenes, but boss fights and other occasional encounters pause the action briefly to allow for some dialogue.

In addition to the campaign, Strider also contains unlockable Beacon Run and Survival challenges. Both are time-based, with leaderboards for each challenge. Survival forces players to fight through waves of enemies, Beacon Run is a traversal challenge with checkpoints. 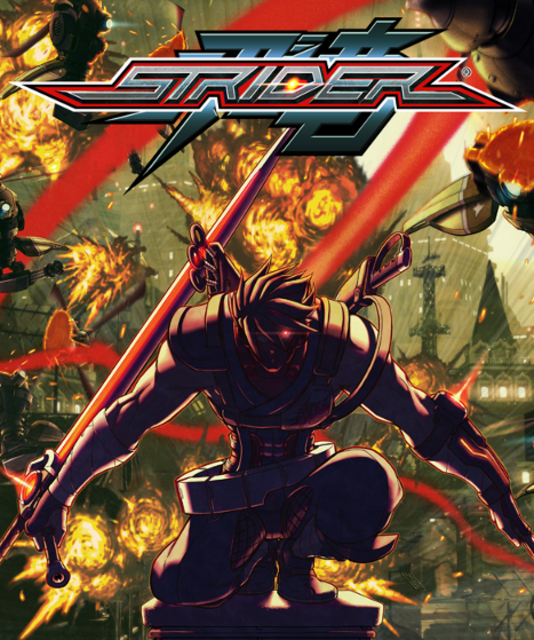