Dragon Fin Soup is an action RPG set in a twisted fairy tale world. It is the first game from Grimm Bros.
PlayStation Network (PS3)

Dragon Fin Soup by Grimm Bros is Roguelike game with a mix of tactics and action role playing elements set in a tongue in cheek fairy tale setting and with an art style inspired by the Super Nintendo Entertainment System designed by Randis Albion. The game features both a story mode and a survival mode.

In the story mode players control a bounty hunter called Red Robin as she makes her way across Asura, a world that sits on top of a giant space turtle. The plot is inspired in part by the original Grimm tales. Gameplay is made up of both scripted and randomly generated events similar to traditional RPGs.

In survival mode the game introduces the Permanent Death system that roguelikes are known for. The player starts out in a forest and they must find supplies and fight through increasingly difficult randomly-generated dungeons.

Combat in the game is Turn-Based however the player can control how quickly combat moves by setting the pace.

The game also features activities such as fishing, cooking, crafting, digging, fishing, gathering and mining and several environments ranging from natural locations such as caves, deserts, forests, and mines to man made locations like castles, mansions and ruins. Players can hire out mercenaries and collect pets which will add them in combat.

The game is the first title created by independent developers Grimm Bros.

Development was part-funded through a Kickstarter campaign. The campaign launched in March 2014 with an initial goal of US$24,000. It finished in April 2014 with over $119,719 raised which allowed the developers to port the game to the PlayStation 3, PlayStation 4 and PlayStation Vita. 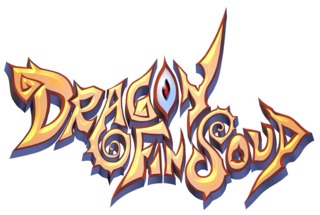