Persona 3 is the fourth main entry in the Persona series. Introducing the "Social Link" system and removing several Shin Megami Tensei staples including the post-apocalyptic setting, Persona 3 greatly expanded the popularity of the series, particularly in the west. It also established the balance of traditional role-playing combat and social simulation that would define the series going forward.
PlayStation 2 PlayStation Network (PS3)

Shin Megami Tensei: Persona 3 is the fourth installment of the Persona series, itself a spinoff of the Megami Tensei series. It was developed and published by Atlus Co, and is the spiritual sequel to the 2000 PlayStation game Persona 2: Eternal Punishment/ Persona 2: Innocent Sin. It was directed by series-newcomer Katsura Hashino, who took control of the Persona line in 2004 after convincing Atlus executives to revive the series. Shigenori Soejima served as lead character artist, having been promoted from staff artist after Persona 2. Composer Shoji Meguro returned as lead composer.

Players take on an adventure as a high school student who fights shadows with other people who have the same power to call forth their "Persona." The game combines dungeon crawling and turn-based role-playing gameplay elements with dating simulations. Persona 3 later saw two re-releases with the expansion of the original on April 22, 2008, called Persona 3: FES, containing an additional chapter and some new changes from the original release and Persona 3: Portable, a PSP port of P3 P3: FES that features additions and improvements from Persona 4.

Persona 3 begins with a teenage boy transferring to Gekkoukan High School, and attempting to live a normal life there -- until he's attacked by strange creatures called Shadows that feed on people's minds. The stress of the situation awakens his Persona, an odd yet powerful creature dwelling within him. It can also be classified as a manifestation of his inner psyche.

With its help he defeats the Shadows and realizes that he is not the only student in the school with such powers. In fact, there is a a group called the Specialized Extracurricular Execution Squad (or SEES for short), charged with the responsibility to destroy these creatures. Each member is armed with an Evoker, a weapon in which they literally shoot themselves in the head with (a.k.a. mock suicide), in order to cause enough strain to summon their Personas.

The player soon learns of the Dark Hour, a daily transitional period between today and tomorrow in which a few people are aware of. The high school they attend in also becomes an evil tower called Tartarus during that period only. Each member of SEES has sworn to enter Tartarus every midnight to rid the world of the Shadows, Tartarus, and the Dark Hour, while trying to uncover the truth behind their existence..

The gameplay in Persona 3 joins together two very different genres: role-playing and dating simulation. During the Dark Hour, the player must explore the tower Tartarus, fighting the shadows that appear in his way through its many floors. Floors are randomly generated and the tower itself it divided into several blocks. After a certain number of floors, players must fight a mini boss that is usually a super version of an enemy encountered earlier. To prevent players from getting too far up the tower too early, a status element is included that will eventually force players to retire for the day. As they continue to go through the tower, the player and teammates will eventually become tired, and their performance will be affected. It takes a few days for a person to recuperate after becoming tired. However, the protagonist can sleep earlier to recover sooner.

During battle, the player only has control of his/her own character, but is able to give orders to his/her party members (tactics). The player must rely heavily on character AI during battle as a result.

Persona 3 encourages players to exploit the enemy's weakness in order to gain an extra attack or pull off an All-Out Attack. Using the correct skill on the enemy will grant the player an extra attack. Hitting another enemy with its weakness grants the player yet another turn, and so on and so forth. An All Out Attack is only possible if all the enemies are knocked down, and there are at least 2 party members present (including the player). This attack involves all the party members bum-rushing the Shadow(s), engulfing them in a cartoonish cloud, dealing a large amount of damage to the enemies.

When not fighting in Tartarus, much of the player's time will be spent in school. During the school day, the player may be asked a question during a class and if answered correctly the charm attribute will increase. At lunchtime, a character that the player has formed a social link with may ask to hang out after school. No matter how the player responds, they will always be available after school on that day to hang out with.

After school, the player must decide how to spend their time. Several options are available including the following:

The following Social Links can be formed in Persona 3.

A full moon will appear once every month. Once a full moon appears, players will be faced with an incredible challenge that they must overcome to move onward. Each full moon event is part of the main storyline and must face these obstacles in order to move on. The player must also use his time before the next full moon by gaining enough experience in preparation, as well as improving the player's attributes, and balancing time between social links.

Persona 3 has ten playable characters, which include:

The main character of the game. He is a transfer student whose parents died in a car accident when he was a child.

A best friend of the protagonist, and primary love interest. Her father died when she was still young, and she doesn't get along well with her mother.

Persona 3 launched in the US as a Limited Edition box-set for a standalone retail value. Included in this release was an art book and a CD soundtrack containing a best-of sampling of the game's music. Both of these items were later included in a special factory leftovers edition of Persona 3: FES.

The Art of Persona 3 Cover of the art book.

Called The Art of Persona 3, the art book contains several early concept sketches and illustrations relating to Persona 3. Character pages are included showing each main character and their Personas, as well as multiple other sketches and concept art. The book also contains trivia and descriptions relating to the game and its characters. It is written by Persona 3's Art Director, Shigenori Soejima.

A soundtrack was also included in the game, titled Persona 3: Original Soundtrack. Composed by Shoji Meguro, the soundtrack contains selected songs from the game. Its vocal tracks were performed by Yumi Kawamura, Lotus Juice, and Tomoko Komiya. The full soundtrack of the game was released exclusively in Japan and contains 58 tracks. An arrangement album titled Burn My Dread -Reincarnation: Persona 3- was released to accompany the release of Persona 3: FES.

Persona 3 garnered much attention since its release, being named "Best RPG of 2007" by many gaming sites like Gamespy and RPGFan. The game was praised for its combination of turn-based RPG and dungeon-crawling elements, as well as its unique dating simulation involving Social Links. It was considered the best PlayStation 2 RPG until its sequel Persona 4 came about. It currently holds a score of an 86% at Metacritic, based on 52 reviews. 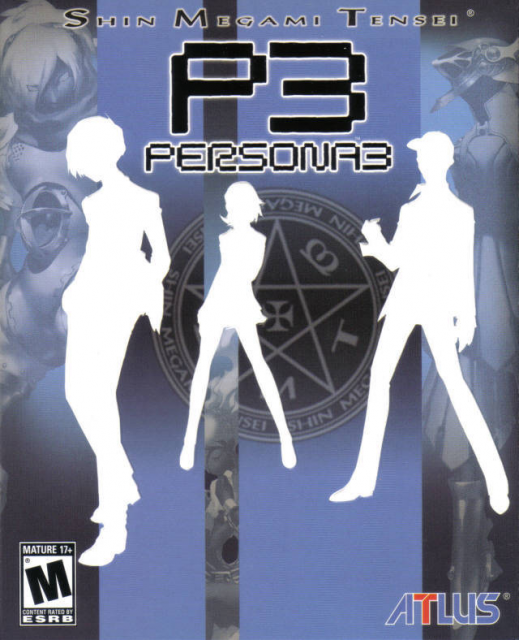