Digimon Story: Cyber Sleuth is a turn-based RPG developed by Media.Vision Entertainment, the company responsible for the Wild Arms series, and published by Bandai Namco for the PlayStation Vita and PlayStation 4. The title is the fifth entry in the Digimon Story franchise, which is a sub-series of the overall Digimon brand, and was released in Japan exclusively for the Vita on March 12, 2015. Bandai Namco later localized Cyber Sleuth in February of 2016 and published the game in Western territories, which also saw a region exclusive port for the PS4 along with the Vita release.

The game features character designs by Suzuhito Yasuda, who is famous for his work on Devil Survivor, and a soundtrack composed by Masafumi Takada, known for Killer7, No More Heroes and Danganronpa upon other titles.

The player assumes the role of either Takumi Aiba (boy) or Ami Aiba (girl). Aiba is a Japanese amateur hacker who receives a program called Digimon Capture from a mysterious stranger in an internet chat room. The program allows them to capture Digimon, digital creatures that inhabit a virtual reality based version of the internet called Cyberspace EDEN which users physically enter. After meeting up with a couple of online friends in the dangerous lower levels of EDEN, Aiba is attacked by a data-based entity called an "Eater" which leaves his/her body in a half-digitized state. This gives him/her the power to freely travel between the real world and virtual world through terminals. Aiba is later approached by a woman named Kyoko Kuremi, who runs the Kuremi Detective Agency, who recruits them as part of her cyber division.

In Digimon Story: Cyber Sleuth players can explore a number of areas based off real life locations in Tokyo, Japan as well as areas in Cyberspace EDEN. The game also features over 240 Digimon to collect, battle and digivolve. Combat is turn based and similar to the system used in Final Fantasy X where speed determines the characters turn order. The player can only bring 3 Digimon into battle with them but can switch out active Digimon for their reserves. Digimon come in three types (Data, Vaccine and Virus) and numerous elements (Fire, Plant, Dark etc.) with each having advantages and disadvantages over the others.

Digi-Lab: An area where the player can store and assign their collection of Digimon, digivolve or de-evolve them, access the Digi-Farm, heal their Digimon, access online features or re-enter previously defeated dungeons.

Digi-Farm: A feature that allows the player to train their Digimon, have them create items or search for missions.

Digivolution: A Digimon can be digivolved or de-evolved when certain requirements are fulfilled (usually by having a high enough level, stats and CAM). Digivolving or de-evolving always resets a Digimon's level to 1 but grant that Digimon and higher max level and base stats. A Digimon can only be de-evolved to a Digimon you have already discovered.

Digimon Capture/Scan: After choosing between the three starter Digimon; Terriermon, Palmon or Hagurumon, each time the player meets a wild Digimon in battle (except boss/forced battles), that Digimon's data will be partially scanned at the start of the battle. Once the meter reaches 100% (max 200%) that Digimon can be created in the Digi-Lab to become your ally.

Digi-Memory: The player can have a max of 11 Digimon on them at a time (only 3 can be assigned to fight at a time). Each Digimon takes up a different amount of memory with rookie Digimon taking around 5 blocks of memory while megas can take upwards of 20. Memory can be increased with Memory Up or Memory Up DX with a found throughout the game. 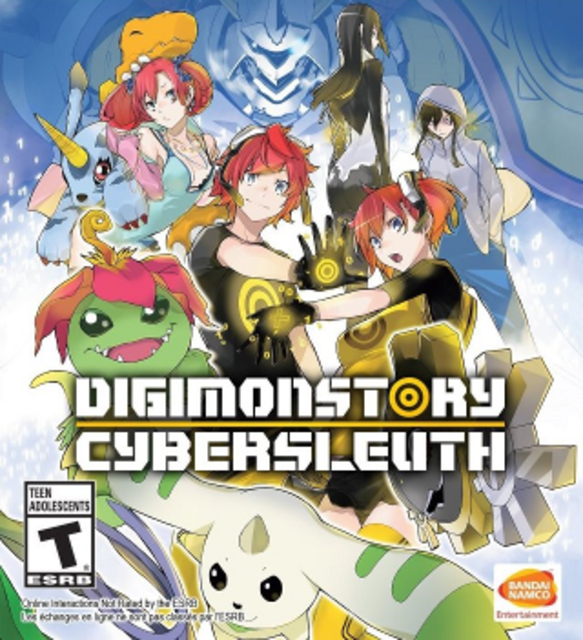