The player is called by a mysterious dragon to destroy an empire that is unlocking ancient powers it cannot comprehend.
PlayStation 2

Panzer Dragoon was one of three North American launch games for the Sega Saturn on May 11, 1995. In this seven-level on-rails shooter, the player rides a dragon through the forces of an evil Empire in an attempt to save the world from oppression and the biological regulation of an ancient machine.

Featuring several ambitious and lengthy cut scenes throughout the story, Panzer Dragoon was nonetheless hampered by the Saturn's relatively unimpressive Cinepak video codec, which allowed for only low-resolution, low frame-rate video inside both a letter box and a pillar box (although the PC version obviously fared better in this regard).

The actual gameplay sequences, however, are full-screen with a very good framerate, and are quite respectable for the time. Panzer Dragoon is known for the wide variety of well-defined alien creatures, with many displaying flock-like group flight patterns and extraordinarily convincing movement on the ground, across the surface of the water, and through the air. Environments are varied, from crumbling cities on the water to the desert, with stages taking place at different times of day, both inside and outside. Despite the low-resolution texture maps, low polygon count objects, low draw distance, and lack of aliasing or lighting, the game creates a reasonable approximation of flight through a wide-open world.

In this first game of the series, the player only flies along a preset path, with just enough freedom of movement to dodge bullets and other incoming hazards. In a departure from many rail shooters, the player has control of their perspective by looking around 360 degrees in 4 separate 90-degree chunks, controlled by the shoulder buttons. Shooting comes in two varieties: single shots, or the more powerful (but slower) bursts fired by holding down a button and passing over multiple targets, with the dragon withholding fire until the button is released.

Checkpoints are few, if any, and may require the unsuccessful player to repeat half or all of the level. The later sequences become quite difficult, with enemies approaching from all sides, requiring the player to successfully identify threats from any direction, switch perspective to address the threat by dodging and returning fire, and still avoid obstacles and other oncoming threats as the dragon continues to fly along the preset path.

Panzer Dragoon snuck onto the scene with little fanfare, but showed that a well-done example of an existing idea (the rail-shooter) with enough well-implemented new and interesting ideas, from the Moebius (and Moebius-inspired) art design to the painted-target homing weapon to the player-controlled perspective, would resonate favorably with players. The Panzer Dragoon franchise went on to include not only more of the same polished action in the form of Panzer Dragoon II: Zwei, but also added traditional RPG trappings in the appropriately titled Panzer Dragoon Saga, which shipped on 4 CDs and was the franchise's final Saturn release; as well as the background of the "enemy" perspective and well-detailed story in the XBOX's 2002 visual tour-de-force Panzer Dragoon Orta. 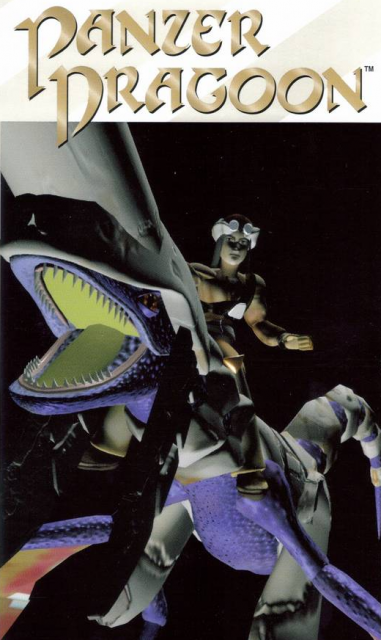