SD Battle Oozumou: Heisei Hero Basho is a sumo wrestling game featuring characters from the Gundam, Kamen Rider, and Ultraman universes and would be the first of many games in the Compati Hero series, which sought to create SD (super deformed) versions of these characters so they could be given equivalent heights.

Players choose a character from the game's large crossover roster and conquer each of the other opponents in a series of sumo matches. Players can shove, grapple, and eventually throw their opponent out of the ring once the opponent's health is low enough. 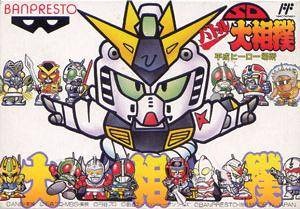