A Super Famicom adaptation of the Japanese table-top RPG Sword World. It faithfully replicates much of the table-top game's ruleset, and was eventually followed by a sequel. 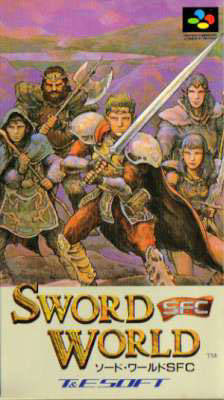