Xeodrifter is a sci-fi action adventure game developed and published by Renegade Kid for the PC, Nintendo Wii U, Nintendo 3DS, PlayStation Vita and the PlayStation 4. The player is tasked with repairing a spaceship by exploring an alien world, fighting ancient guardians and learning the secrets of a long lost supreme culture.

Xeodrifter is a Metroidvania game where the player must explore and unlock abilities in order to progress through the levels. The gameplay of Xeodrifter is spread across 4 planets as players travel between the worlds utilising abilities unlocked by defeating a boss on other each of the other planets to progress to previously inaccessible parts of any given planet.

Other than unlocking new abilities, players can gain more health and weapon upgrades by finding pickups within the 4 different planets with the weapon upgrades being player specified in a variety of categories such as a faster rate of fire and increased damage.

An interstellar drifter who is exploring a small cluster of planets in the Omega sector is marooned after a collision with a rogue asteroid damages his warp core. He notices energy signatures on one of the planets that just might provide the right materials to fix his damaged warp core. What begins as a routine mission to fix his spacecraft spirals out of control and now he must fight to survive by shooting and exploring his way through an alien landscape.

Xeodrifter came about after Renegade Kid's Jools Watsham mocked up a 2D de-make of their first person adventure MOON Chronicles for fun. This spurred the desire to create an original game in the Metroidvania style. 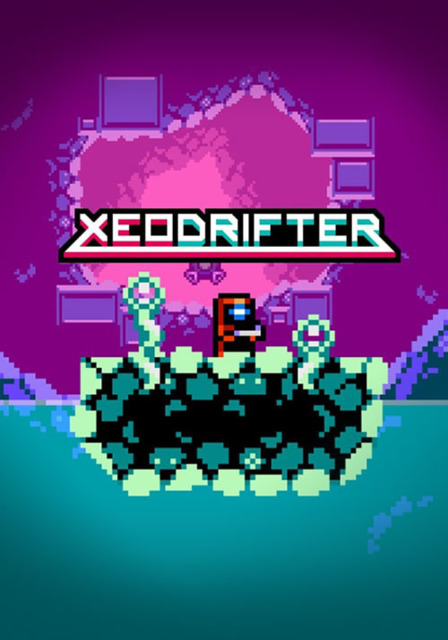