The first of two home system games based on the 1991 movie of the same name. Unlike the Arcade on-rails shooter and its ports, this LJN/Ocean home version is a side-scrolling action game.

Terminator 2: Judgment Day is a side-scrolling action shooter game for various home consoles and systems, published by LJN and Ocean in various regions. The game loosely follows the events of the movie of the same name, with the player assuming the role of the reprogrammed T-800 unit (played by Arnold Schwarzenegger in the movie) as he protects both John and Sarah Connor from the shape-shifting mimetic poly-alloy android the T-1000.

This version should not be confused with the on-rails Arcade game of the same name, or its many home ports which were all named T2: The Arcade Game. Though both versions share some developers/publishers and are based on the same source material, they play very differently. 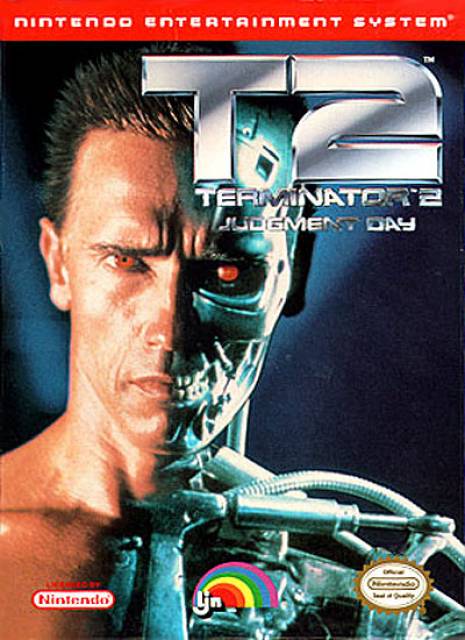