An RPG for the Super Famicom developed by System Sacom. It was never released outside of Japan.

Wondrous Magic is an RPG developed by System Sacom and published by ASCII Corporation that was released exclusively for the Super Famicom in late 1993. The player is the young apprentice of an elderly wizard who goes with him on his travels. The game's combat uses an unusual real-time system where enemies often surround the player, and they must position themselves to defend themselves from all directions. 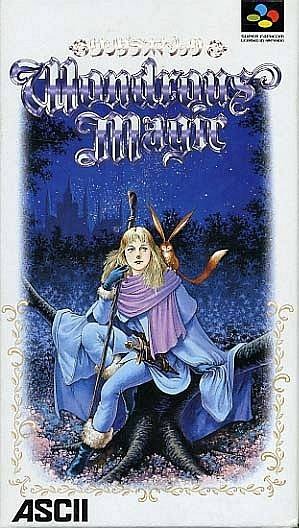