The last game in Activision's Tony Hawk series of skateboarding games, aiming to bring the series back to its "Pro Skater" roots.
Xbox 360 PlayStation 3 PlayStation Network (PS3) Xbox One PlayStation 4

Tony Hawk’s Pro Skater 5 is a skateboarding game developed by Robomodo (in conjunction with Disruptive Games) and published by Activision for the Xbox One and PlayStation 4 on September 29, 2015. It was later ported by Fun Labs for the Xbox 360 and PlayStation 3 on December 15, 2015.

The tenth main installment of the Tony Hawk series, Pro Skater 5 aimed to bring the series back to its earlier "Pro Skater" roots by omitting a story-based campaign and certain gameplay mechanics (such as dismounting from the skateboard). Similar to Tony Hawk's Pro Skater 4, players navigate each level in a "Free Skate" fashion and earn experience points and rewards by completing missions scattered throughout. It uses an updated version of the game engine used in Tony Hawk's Pro Skater HD.

Like previous games in the series, Pro Skater 5 includes special guest characters. For this entry, King Graham (from King's Quest) and rapper Lil Wayne are included (with fellow rapper Tyler, the Creator and the Teenage Mutant Ninja Turtles added post-release). Characters from other games are also available as character customization options, including Octodad (from Octodad: Dadliest Catch). 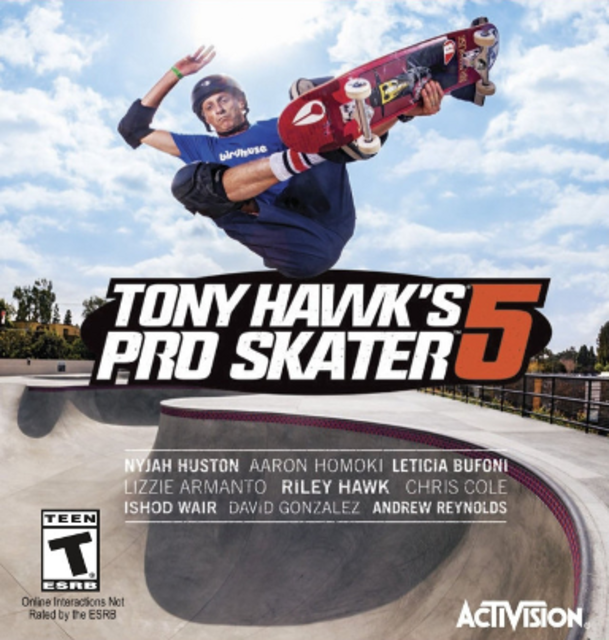