A text adventure game for the Famicom about a tenacious female tax auditor. It is based on a 1987 Japanese comedy movie of the same name.

Marusa no Onna (a pun meaning "A Taxing Woman") is a Famicom adventure game in the mold of Portopia Renzoku Satsujin Jiken: largely menu-driven, with the ultimate goal of solving a case via clues and interrogating NPCs. The game is based on the 1987 black comedy movie of the same name, directed by Juzo Itami.

The game was one of Capcom's handful of forays into the genre, along with Samurai Sword. It is notable for the unusual choice of source material, but Itami's movies were regarded very highly at the time, winning multiple awards. 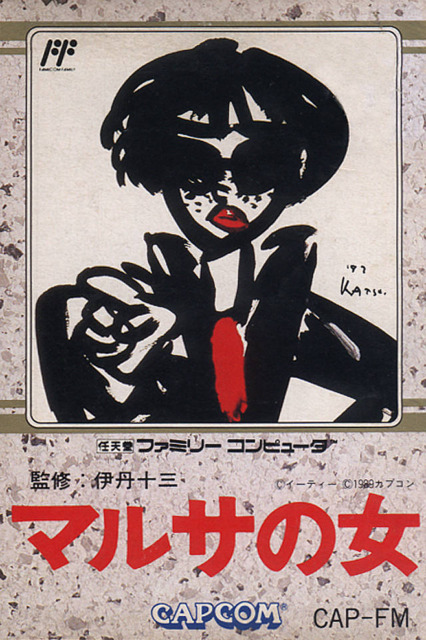