What would happen if you turned Frogger or Freeway into a voxel-style endless runner? You'd get Crossy Road.

In Crossy Road the goal of the game is to get as far as possible without dying. The gameplay is similar to that of Frogger in which players hop across roads, fields, rivers, and more. Each tap of the screen will make the character jump one square ahead. Swiping to the left, right, or back will move the character in that direction.

The game contains multiple characters that can be earned by using in-game coins to get a random one, or they can be purchased for $0.99 individually. The different characters will sometimes change certain aspects of the visual look of the game, but do not affect the gameplay.

With the release of the 4th generation Apple TV, developers Hipster Whale added multiplayer to the TV version of Crossy Road. Two players can cross roads endlessly on the big screen, with one player using the Apple TV remote while the other plays on their phone. Players can play co-cooperatively or competitively, as characters can push each other to their deaths, but players will also re-spawn if their partner makes it far enough on their own. 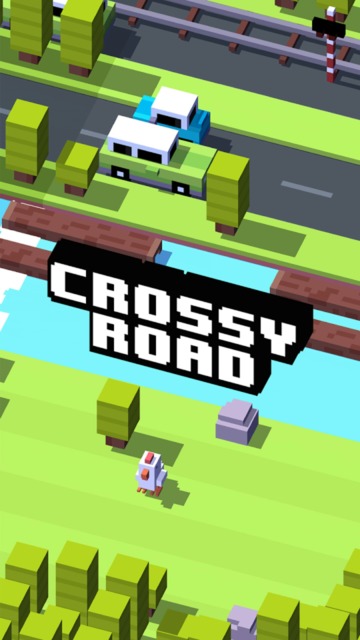