A Telltale adventure game inspired by the sandbox game of the same name (and its numerous fan-created video series), as newbie builder Jesse and their friends search the lands of Minecraft for a group of legendary adventurers to save the world.

Android Wii U Xbox One PlayStation 4

Minecraft: Story Mode is an eight-part comedy-fantasy point-and-click adventure game developed and published digitally by Telltale (in conjunction with Mojang) for the Xbox One, PlayStation 4, Xbox 360, (via Xbox Live Arcade), PlayStation 3 (via PlayStation Network), PC, Mac, and most iOS and Android devices. Episodes were periodically released between October 13, 2015 and September 13, 2016.

Set in a world inspired by Mojang's sandbox game Minecraft (and inspired by numerous fan-created video series uploaded on YouTube), players play as the customizable Jesse (voiced by Patton Oswalt for male Jesse and by Catherine Taber for female Jesse), a newbie builder who sets out on an adventure with their friends to find the Order of the Stone: four legendary adventures who slew an Ender Dragon. The game is known for its talented voice cast, including Billy West as the narrator and Paul Reubens as a key character.

The sixth of Telltale's "tailored story" set of games (made famous by The Walking Dead), the bulk of this adventure game relies on making decisions through actions and timed conversation trees, complete with branching consequences that tailor the player's story to the pressured choices they are forced to make. Players also engage in action sequences (using a series of quick time events) and crafting puzzles (similar to the crafting mechanic in Minecraft). It later received a sequel (sub-titled Season 2) on July 11, 2017.

Following the closure of Telltale on November 2018, the game was delisted from all digital storefronts.

Jesse and his/her Minecraft friends seek out the Order of the Stone after a monster ravages the annual "Endercon" gathering.

Jesse and Axel or Olivia must seek out the remaining members of the Order of the Stone before time runs out.

Jesse and friends are trapped in Soren's buildks to Ivor, the group manage to escape but find themselves in the End. Jesse continues to search for Soren for his help to defeat the WitherStorm.

After the Formidi-Bomb fails to destroy the WitherStorm the group are forced to flee the scene and hide from the beast which has now become three seperate WitherStorms. They stumble apon Ivor who Jesse teams up with to take down his own creation.

As the New Order of the Stone, Jesse and his/her gang must help and lead the world as role models.

Jesse and crew find themselves in a world that is overrun by zombies. With a timely invitation to take refuge in a spooky mansion, they find themselves thrown into a thrilling mystery.

Continuing their portal journey in search of home, Jesse and crew land in a world entirely controlled by PAMA - a sinister "thinking machine" determined to command everyone and everything in pursuit of optimal usefulness and efficiency. Forced on the run to avoid capture and assimilation, you'll need to work with a new ally to defeat the corrupted computer and free the population it has enslaved.

Jesse and crew are one step closer to home, but they will have to confront the leader of an ancient order and compete in gladiatorial games in order to get there. 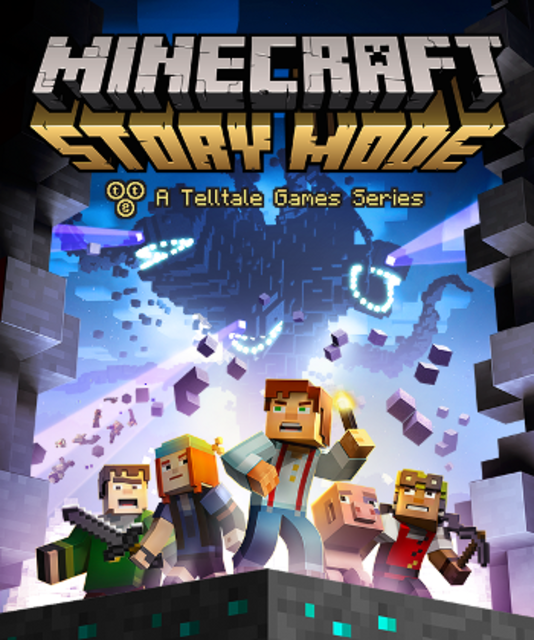