The Lord of the Rings: The Battle for Middle-earth II

The follow-up to EA's well-received Lord of the Rings RTS, adding custom hero creation, free placement of buildings, and a story mode that covers lesser-known battles from the books.
Xbox 360

An expansion, Rise of the Witch King, was released on November 28th, 2006.

Battle for Middle Earth II uses the same point-and-click mechanics as most other RTS games. It is hypothetically possible to play through the entire game without using the keyboard, which is one reason why an Xbox 360 version was made.

One of the biggest changes from the first game is the ability to place structures freely, whereas in the first game building was restricted to predefined spots. The fortress structure is still the heart of the base, allowing the production of hero units and builders; destroying another player's fortress is the only way to beat them.

Almost everything in the game is upgradable. Units will automatically upgrade in ranks depending on their combat experience. This encourages the player to try to keep their units instead of just allowing them to die. When a unit or battalion upgrades, they will be more powerful in battle. A banner carrier can also be purchased for each battalion who will buff the entire battalion's attack and defense.

Fortresses can be upgraded by making walls, adding more armor, and adding defenses such as towers filled with archers. Resource buildings upgrade automatically after they have been in play for a while and will add new defensive features to help kill off invading enemies. Research structures can be upgraded to produce more upgrades for your units such as armor and weapon upgrades. Finally, structures which produce units can be upgraded by allowing you to purchase different and more powerful units.

There are three good factions and three evil factions in the game: elves , dwarves and men, and orcs, goblins, and Uruk-hai. Each has its own perks and weaknesses. e.g. Mordor, whose orcs are cheap but not very strong. Each faction has about five heroes, although the dwarves only have three.

The game offers both good and evil campaigns - the good side is story-driven, while the evil side simply tasks the player with conquering the entire map.

The story highlights some of the events of the novel which were not touched upon in the films. As EA Games had acquired a license from Tolkien Enterprises as well as one for the films, they used the battles in the north as the focal point, to avoid recycling battles that had been covered in the first game.

Unlike the previous game, Battle for Middle Earth II is set mainly in the northern regions of Middle Earth. For the Good campaign, the story starts in Rivendell where goblins from the Misty Mountains are planning their attack. For the Evil campaign, it begins with the siege of Lothlórien from Mordor's stronghold of Dol Guldur in Mirkwood.

In the novel, it is explained that while the battles that the members of the Fellowship of the Ring are experiencing are indeed the main ones, the war also took place in many other regions across Middle-Earth.

Hero units are a prominent feature of the game. Existing characters from the fiction such as Gandalf and Sauron can be used as heroes, as well as some original characters. Each faction and race has its own heroes.

You can also create your own hero. You can chose how they look, their attributes, their buffs, and their individual attacks. This allows the user to create a hero specifically for their style of play to further strengthen their strategy.

Men of the West:

The Battle for Middle-earth II has over forty different locations in the campaign modes, which include:

War of the Ring mode

War of the ring mode is a turn based game in Battle For Middle Earth II. The player chooses one of the six races who they play as. The player and their opponent take turns moving their units across a map of Middle-Earth, capturing neutral or opposing territories. You are able to build structures such as garrisons on territories you own to create new units or to add defenses. To win, you must either claim the enemy's capital territory or control a certain number of territories.

If you and your opponent land on the same territory, you must fight each other. Whoever wins, gets to claim that territory. You can chose to either fight in a skirmish or you can chose to simulate the battle. Simulating the battle decides who would win by the number of units and each unit's strengths and weaknesses. This is a lot quicker than doing a full skirmish but you will also seem to lose a lot more units by simulating.

Battle for Middle Earth II on the Xbox 360 has a few changes in it from the PC version which include:

* Four new multiplayer-modes: "Capture and Hold", "King of the Hill", "Resource Race" and "Hero vs. Hero"

* A new Interface and gamepad-optimized controls for the console

* Unlockable heroes, instead of hero creation

* Multiplayer is limited to 4 players over Xbox Live 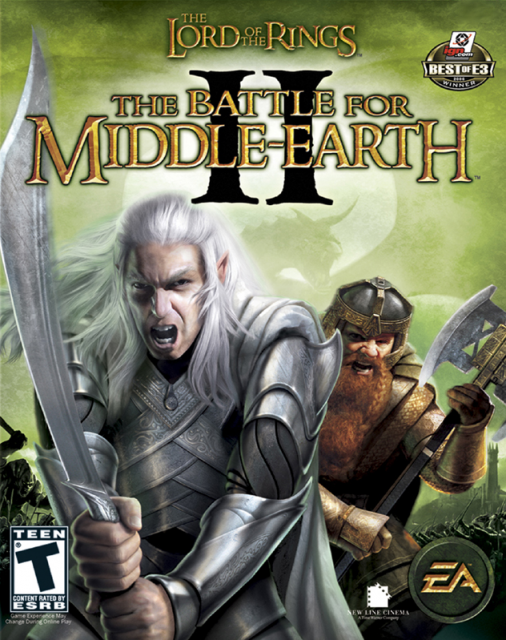