Call of Duty: Black Ops III is a sci-fi military first-person shooter developed by Treyarch and published by Activision for the Xbox One, PlayStation 4, Xbox 360, PlayStation 3, and PC on November 6, 2015.

The twelfth installment of the Call of Duty franchise (and the sequel to Call of Duty: Black Ops II), Black Ops III shifts from near-future 2025 to dystopian far-future 2070. Similar to Call of Duty: Advanced Warfare, vast technological progress have changed the rules of the battlefield, and advanced air defense systems (due to the massive drone strikes in the events of Black Ops II) shifts military focus to robotics and cybernetic super-soldiers. The game's two major warring factions are the protagonistic Winslow Accord and the antagonistic Common Defense Pact.

Unlike previous games in the franchise, the main campaign of Black Ops III features customizable protagonists, four-player co-operative gameplay, and a hub area (known as the Safe House). The game's story starts with a WA black op in 2065 Ethiopia. After receiving life-threatening injuries, the protagonist is recovered and, along with their commanding officer Jacob Hendricks, augmented with numerous cybernetic enhancements (including an advanced brain-computer interface known as the Direct Neural Interface). Five years later, while investigating a CIA blacksite in Singapore, the protagonist (along with both Hendricks and CIA agent Rachel Kane) uncover the defection of an elite team of WA cyborgs (led by Commander John Taylor). An bonus non-canon version of the campaign, known as "Nightmares", features the same locales in a new story involving a zombie outbreak.

Both Multiplayer and Zombies modes make a return, each with new enhancements. Multiplayer builds upon its predecessor with advanced mobility options based on Advanced Warfare (including wall-running, power-sliding, and boost-jumping). Along with the standard "Pick 10" customization system, the game introduces player characters (known as Specialists, each with their own Power Weapon or Special Ability that can be used in short amounts) and customizable weapon appearances. Zombies features both an XP progression system and a new story (known as "Shadows of Evil") set in a twisted zombie-infested 1940's city as a new group of troubled individuals are led by the mysterious Shadow Man.

Both Xbox 360 and PlayStation 3 ports are done in conjunction with Beenox and Mercenary Technology and are missing some key features, most notably the entire Campaign mode, customizable weapon appearances, and eSports tools. To make up for that, these ports include Call of Duty: Black Ops as a downloadable bonus. It is the last Call of Duty game to be released on those systems. 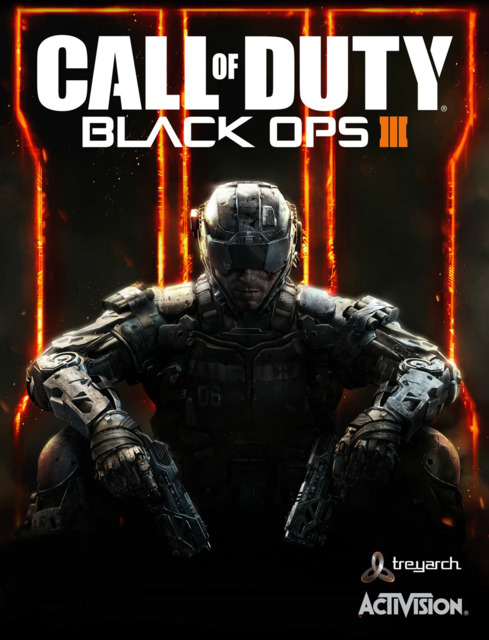