A real-time puzzle game released on many systems. Players must protect the center of the screen from encroaching colored pieces, "zoop"ing them all before they get too close.

Zoop is a real-time puzzle game that was released for a number of home systems in 1995 and 1996. Players must "zoop" incoming pieces from the sides of the screen before any can reach the center, eliminating pieces of the same color and switching colors with other pieces.

Most versions of the game were released in the US and Europe. The Sega Saturn is the only exception: the Saturn release was exclusive to Japan.

In Zoop players control a small ship that is confined to a small box in the middle of the screen, around the box enemies of various colors try to invade the box. The player's job is to use their ship to shoot like-colored enemies, if players shoot an enemy of a different color, the ship's color changes. The challenge is to swap colors with the right enemies in order to stop all of the approaching enemies. If one of the enemies get's in the ship's box, it's game over.

Every second (or more often in advanced levels), a piece comes in from the side and possibly pushes other pieces forward. Two consecutive pieces will never come in from the same quadrant. 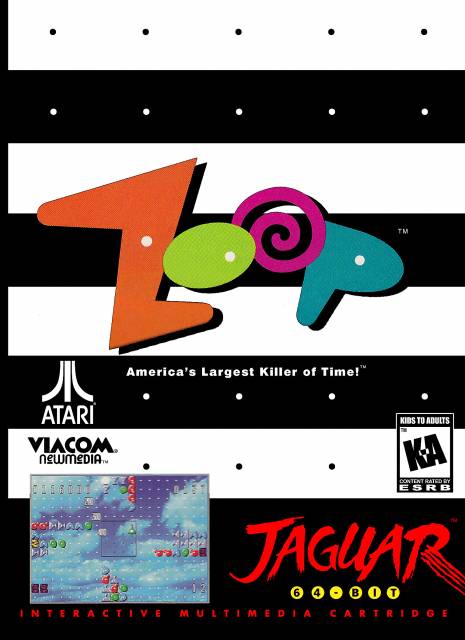