Oriental Blue: Ao no Tengai is a spin-off title in the Tengai Makyou series of RPGs but it does not take place in the fictional country of Jipang like most of the franchise. The game was developed by Hudson for the Gameboy Advance and was published by Bandai in Japan on October 24, 2003. Similar to the rest of the Tengai Makyou series, Oriental Blue was never released outside Japan but in 2013 an unofficial translation patch was created by Romhacking Aerie. This release marked the first time an RPG in the Tengai series was playable in English. 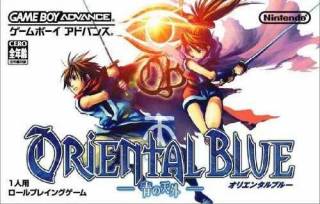