The sixteenth mainline entry in the long-running Tales action-RPG series, following the exploits of Velvet and her quest for revenge.
PlayStation 3

Tales of Berseria is a Japanese role-playing game developed and published by Bandai Namco Entertainment for the Playstation 3, Playstation 4 and PC. It is the sixteenth entry in the main Tales series.

In the same world as Tales of Zestiria, but around 1,000 years in the past. Berseria is set in a world called Desolation, where most humans in the known world live in the sprawling Empire of Midgand, but are dwindling due to an event known as The Opening allowed the "daemonblight" to emerge from another world, turning many humans into powerful, monstrous daemons that cannot be killed by normal means. During the "Scarlet Night" that sweeps through their village Velvet Crowe and her little brother, Laphicet, are saved by Velvet's brother-in-law Artorius Collbrande, an exorcist who has the ability to destroy demons with the help of invisible spirits called "malakhim." Unfortunately, Velvet's older sister, Celica, is killed during this night.

A few years later, Velvet spends her days trying to take care of a sick Laphicet when another Scarlet Night sweeps through the village, the demonblight turning all surviving humans in the village into daemons. Velvet runs into a clearing to witness Artorius kill Laphicet as a sacrifice for an Advent that he claims will save the world. Velvet falls into the pit with the dead Laphicet, but manages to survive, with her left arm now infused with demonblight and capable of feeding on other daemons. Having become a part-demon Therion, Velvet is knocked unconscious and thrown into a dark prison cell on the island of Titania.

For three years, Velvet feeds on daemons dropped into her cell through her transformed arm, until one night when a former malak named Seres frees her from the prison. With Seres help, Velvet escapes the island, only to find herself in a changed world: the Advent has allowed the Exorcists to expand their ranks and summon more malakhim to battle the daemons, giving humanity a chance to survive. The Exorcists have become the de-facto power in the "Holy Midgand Empire," with both the King and the Prince of Midgand deferring most tasks to Artorius and his fellow Exorcists. However, Velvet only seeks revenge on Artorius for murdering Laphicet in service to his goals.

A tomboyish girl from the village of Aball with a self-taught fighting style partially inspired by Artorius. She cares deeply for her brother Laphicet, and after witnessing Artorius kill him during the Advent, embarks on a quest for revenge. She wields a wrist-mounted blade on her right arm, and her left is possessed by a daemon that turns into a giant claw and allows her to consume other daemons.

A samurai from a faraway land who was turned into a daemon, but somehow retained his sense of self. After Velvet helps him find his sword, Rokurou decides to travel with her as compensation. For unexplained reasons, Rokurou refuses to use the sword he carries on his back, instead wielding twin knives in combat.

Velvet's little brother who is often bedridden but spends his days reading, writing, and dreaming of adventures. His death sets Velvet on her quest for revenge. Later on, Velvet encounters a malak under Exorcist Teresa's command known only as "Malak Number 2" who bares a striking resemblance to Laphicet. Instead of killing him in battle, Velvet instead kidnaps him and frees him from Teresa's control. As time goes on, Velvet decides to give Number 2 the name of Laphicet, as he starts exhibiting more human behaviors. Laphicet wields magical strips of paper that let him use various elemental Artes.

First Mate of the infamous pirate Aifread who calls himself a "Reaper" due to bringing bad luck to himself and those around him, sometimes fatally so. After initially fighting with Velvet and her allies, Eizen later decides to join them and help them fight against their common enemy in the Abbey. He wears bracelets that enhance his punches.

A self-proclaimed witch and stage magician who seems to know more than she lets on. She floats in and out of Velvet's party while she searches for a certain malak that she claims "betrayed" her. After finding the malak and re-binding it to her service, she sticks with Velvet to see how far she will go. She uses rectangular puppets called Guardians (Shikigami) to aid her in battle or in casting spells.

One of the Exorcists' top Praetors, Eleanor comes into conflict multiple times with Velvet, until later in the story where she becomes the vessel of Laphicet. She wields a spear in combat, on top of using magic Artes with her Exorcist training. 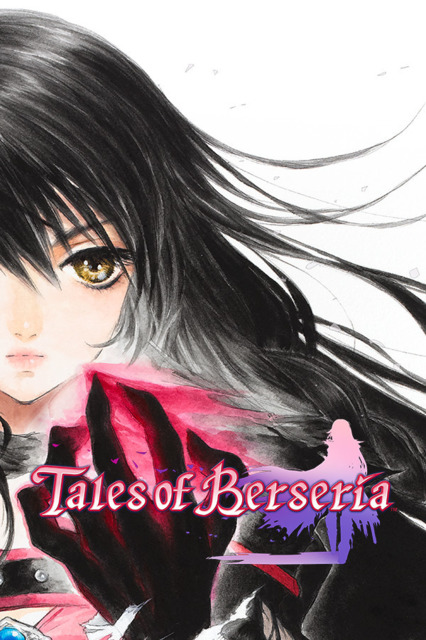