A cart racer that pits death against the elderly.

Coffin Dodgers is a cart racer from Milky Tea Studios. Set in a retirement village, the game's characters drive "pimped-up" mobility scooters which have been armed with a variety of weapons.

The game has a single-player campaign, as well as 2-4 person split-screen races. Apart from standard races and time trials, Coffin Dodgers has a so-called "Crazy Granddad" mode, where players must race towards items placed in an open world. The winner is the player who collect the most items once the time limit expires.

Coffin Dodgers is set in the Sunny Pines retirement village. Seven of the village's residents form a deal with the Grim Reaper - a mobility scooter racing championship to the death. If they are able to win the championship, the Grim Reaper allows that person to live.

Residents who lose during the campaign are brought back by the Grim Reaper as zombie racers, aiming to ensure that nobody wins. 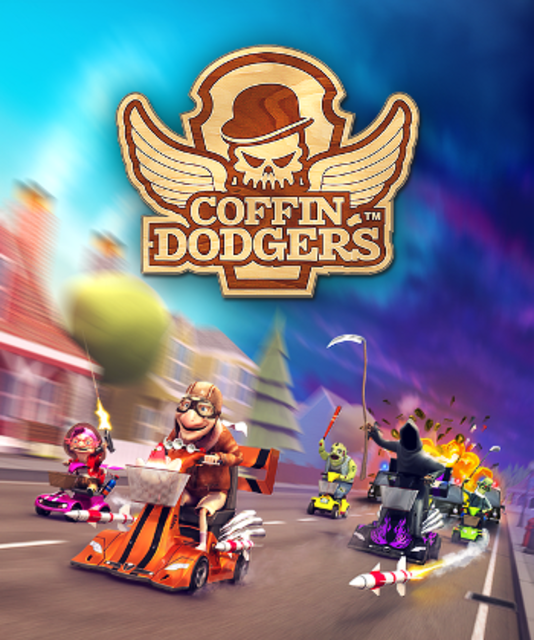