Yakuza 6: The Song of Life

The sixth chapter in the Yakuza series follows Kazuma Kiryu as he tries to unravel the events that lead to Haruka's hospitalization and the parentage of the infant child she has with her.

Yakuza 6: The Song of Life is the 7th main installment in the Yakuza series with Kazuma Kiryu as the protagonist. It was released in Japan on December 8, 2016. The game takes place in Tokyo in the series staple Kamurocho district and the fictional coastal town Onomichi Jingaicho, Hiroshima. This game is the first to feature the Dragon Engine, which allows for streamlined combat, highly-improved graphics, and new physics that allow characters to make greater use of the environment while in game.

After the events of Yakuza 5, Kiryu finds himself imprisoned for three years. When he returns to the orphanage at the end of his sentence, he discovers that Haruka has gone missing from the orphanage. Following her trail to Kamurocho, Kiryu finds the city once again embroiled in violence, as the Japanese Tojo Clan, Chinese Saio Triad, and Korean Jingweon Mafia are all fighting for control over the city. On top of that, Kiryu discovers that Haruka was hospitalized in a hit-and-run accident, and that she has an infant son named Haruto.

Kiryu ends up taking care of Haruto himself while trying to track down the father of the baby, but the path takes him between Kamurocho and the port town of Onomichi in Hiroshima, all while the Yakuza and other criminal groups are trying to use the legendary Dragon of Dojima for their own gain. Who is Haruto's real father? Why was Haruka nearly killed in a hit-and-run? And what is the secret of Onomichi that many have died to protect?

Yakuza 6's new engine comes packed with a brand new combat system that tries to mix elements from the different combat styles of Yakuza 0 into a singular style. An Ultimate Heat Mode has been added: Functioning similarly to that of Yakuza 3's Red Heat, which allows Kiryu to perform brutal finishers. Similar to previous games in the series, Kiryu can use a mix of light and heavy attacks to create combos and damage enemies. By attacking a heat meter can be built up and this allows the player to use heat moves which are more powerful attacks with unique animations.

Partway through the story, Kiryu finds himself embroiled in a fight with "JUSTIS," a clan of violent youths in Kamurocho led by the mysterious "Rainmaker" who started out trying to fight back against the color gangs but ended up becoming worse after the color gangs were defeated. In both Onomichi and Kamrocho, Kiryu and Joe must raise an army to destroy the evil of JUSTIS, the Kiryu-kai ("Kiryu Clan").

In-game, the player uses a pseudo-RTS setup, mixing named "elites" with a near-endless stream of nameless soldiers to destroy members of the opposing gang. 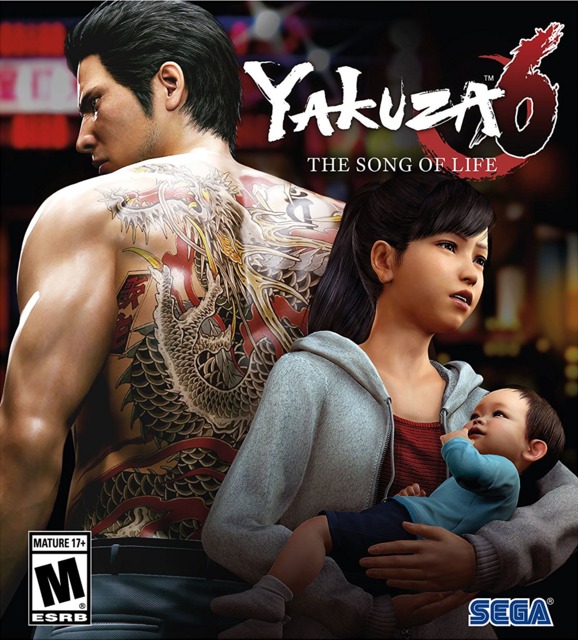