A Japan-only horizontal shoot ’em up for the Sega Mega Drive.

XDR: X-Dazedly-Ray is a horizontal shoot 'em up released exclusively for the Japanese Sega Mega Drive. It features five levels, each ending with a fight against an enormous boss, as well as a power-up system that includes bombs and options. Its plot concerns the peaceful and environmentally harmonious planet of Sephiroth, which is invaded one day by the mechanical Guardia and forced to defend itself.

Unipacc, the game's credited developer and publisher, only created this one game before vanishing. The game's credits also include Affect, a contract developer that would find greater success on the SNES and PlayStation; however, the studio had to be founded by XDR's release - rather, its future founder Tsutomu Yoshikawa simply used the name as an alias. 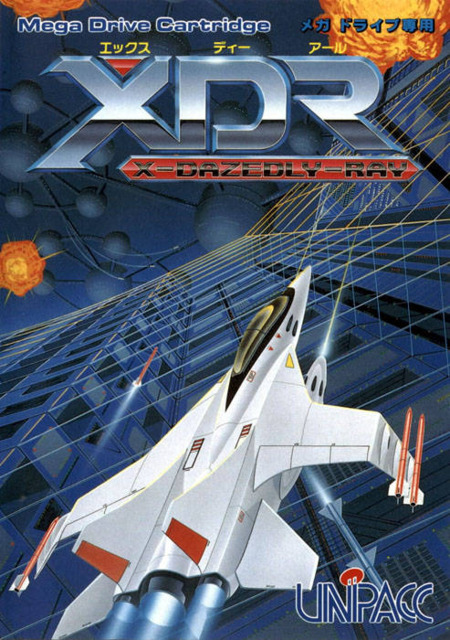