SNK and Capcom duke it out in a relatively simple yet absolutely addicting card came.

SNK vs. Capcom: Card Fighter's Clash is the first game released in the SNK vs Capcom franchise. It takes over a hundred characters from Capcom's and SNK's history and pits them against each other in 3-on-3 card combat. It comes in two versions: SNK version and Capcom version; each version yields exclusive cards.

The rules of Card Fighters are very simple compared to card games such as Magic: The Gathering and Yu-Gi-Oh. The goal is to reduce the other player's HP to 0; earlier battles give each player 2000 HP to start, while later battles give 3000 HP. There are only two types of cards: Character cards and Action cards. Character cards represent fighters, while Action cards represent events.

Action cards are played during the player phase, and carry various effects.. These cards require SP to play. 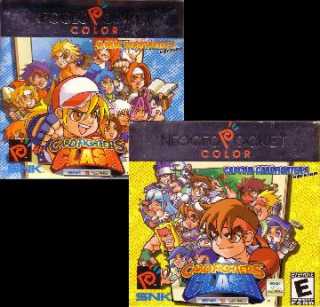