Rogue Wizards is a turn-based dungeon crawler where the loot and environments are randomly generated. In between the dungeons the player returns to the town of Antarit, which is slowly built up over the course of the game.

The story mode will take players about 10 hours to get through. Starting in the Wayside Inn, the player discovers a magical scroll that transports them into a dungeon. From there, players meet several NPCs and pets that join and fight along side the player, some of which return to town and build structures such as the blacksmith, armorer, or item enchanter.

In normal difficulty, when the player dies they are returned to town, all items and experience are retained, the dungeon is closed, and a new one is generated in its place. In hard difficulty, the player has only one life and death is permanent.

Gauntlet mode strings together random dungeon after random dungeon continuously together with no town. Each dungeon gets progressively harder than the last one, and the player has only one life with death being permanent.

Players who do well enough will get their name into the hall of fame, a local leaderboard that uses the character level, gold, and kills to determine a final score for the leaderboard. 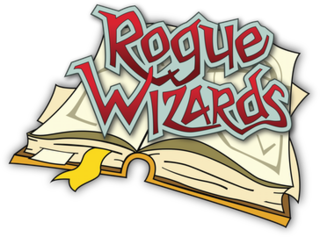