A fantasy turn-based RPG set in a land similar to ancient Japan.

Benkei Gaiden is a PC Engine RPG with a traditional turn-based combat system. It is based in a world not unlike ancient Japan, with various creatures based on Japanese folklore. Its namesake, Benkei, is a famous warrior monk known for his loyalty and his invincibility in battle.

The 1992 Super Nintendo RPG Benkei Gaiden: Suna no Shou is either an enhanced remake or a sequel to Benkei Gaiden. 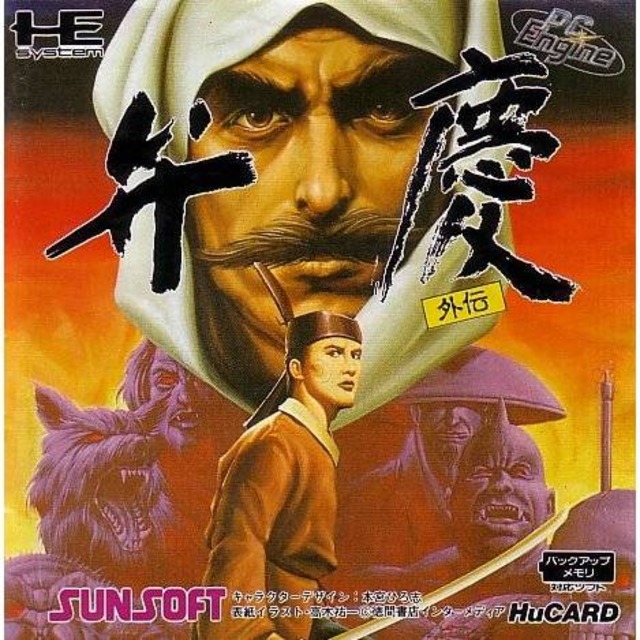