The first game in the Nobunaga's Ambition series. It was never released outside of Japan.

Nobunaga no Yabou is a historical simulation-strategy game that was developed by Yoichi Erikawa, the co-founder of Koei (along with his wife Keiko Erikawa). Erikawa had initially developed the game as a hobby alongside running Koei, which at the time was a chemical wholesaler. However, when he finished the game and had it published, it became such a smash success that Erikawa converted Koei into a video game studio and set to work on video games full-time. For his future projects, Erikawa took on the pen name Kou Shibusawa. 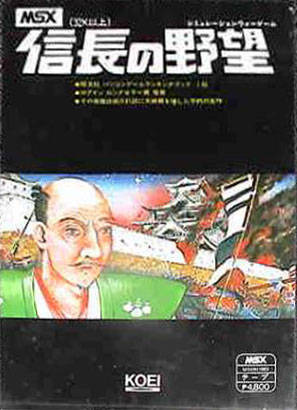